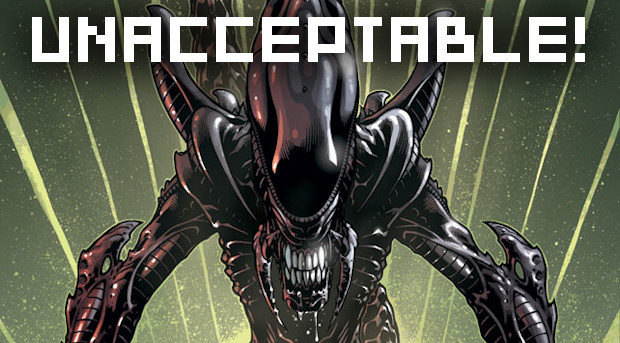 We all know by now that Sega canceled the intriguing Aliens RPG that it had on its books, possibly to make way for Aliens: Colonial Marines and Aliens vs. Predator, both due out in 2010. However, did you know that it also axed a DS title that was in the works? We did not, but a new video has appeared on Youtube showing footage of the allegedly dead game.

The current rumor is that this game is actually complete, but Sega shelved a release due to financial reasons. Looking at the footage, that would appear to be a real shame, because it seems like it would have been great fun. It’s a scrolling shooter, very much like Alien 3 on the Mega Drive. The video shows a Power Loader battle with the Alien Queen, and a few incredibly ludicrous boss battles against what looks like a Space Jockey Alien and what may be a Rhino Alien or something equally pulled from the Kenner series of Aliens action figures.

The game is called Aliens vs. Marines by whomever posted the video, although the in-game logo reads Colonial Marines and it was apparently created by Wayforward in association with Gearbox Software. Whether or not that’s true, we don’t know, but we’ve asked Gearbox ourselves to find out more.

Check out the video after the jump, and join me in being a little disappointed that this game might never see the light of day.

[Update: When contacted for comment, Sega told us that it “doesn’t comment on content published by other parties.” If you attempt to watch the video now, however, you’ll see that Sega certainly didn’t mind commenting on it to Youtube, as the video has been taken down following a copyright claim. That more or less confirms the game’s existence. We are still waiting for Gearbox to speak, and have been forwarded to “relevant people” within the studio for a possible comment.

We’ve added the video again, re-uploaded to GameTrailers, for anybody who missed it. Also, for laughs, we’ve embedded the full music video for the song “Requiem” which is used in the DS footage. You NEED to watch that, because it is hilarious.]