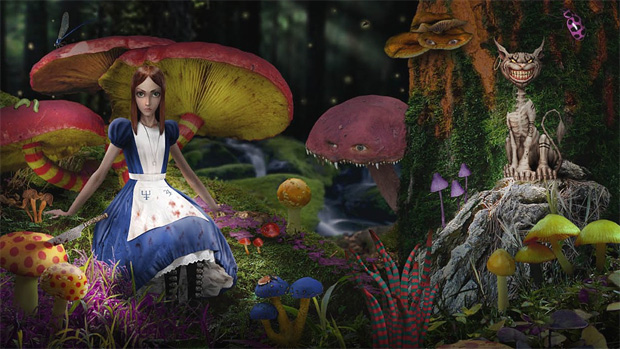 Would you back a Kickstarter project for this?

The developer of the creepy Alice games, American McGee, posted on his Facebook asking people if they had an interested in there being an Alice 3.

1) If we could get the rights from EA, would you play Alice 3?
2) If you’d play Alice 3, would you back it on Kickstarter?
3) If you said yes to those two things, make some noise – I’m trying to gauge interest in case I happen to discuss this with EA during GDC in two weeks. The more interest there is, the more seriously they’ll take the conversation.

It seems like he wants to continue this series, and he also would like to do it without EA being involved. Of course, EA probably doesn’t have any interest in this series since Alice: Madness Returns didn’t sell a thousand-million copies.

Games that have a strong sense of identity are embracing Kickstarter, and it’s easy to see why. Fans of titles like Torment, Shroud of the Avatar, Wasteland, and Dreamfall are eager to back these projects led by developers that want to stay true to their fans. Big publishers want to push things out that will please the biggest audience possible, but these guys just want to make the games they want. They might not sell ten million copies, but they will sell enough for the developers to make a profit.

I really love all of this stuff being funded on Kickstarter and I can’t wait until these games are all released.