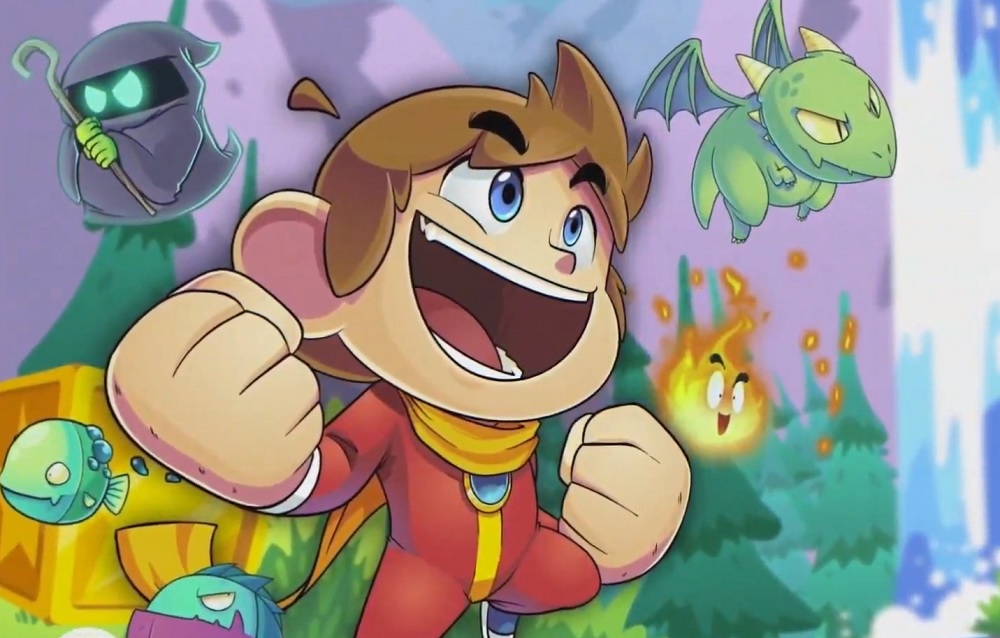 As part of IGN’s Summer of Gaming event, Merge Games has revealed that it is preparing to release a slick remake of Sega Master System classic Alex Kidd in Miracle World.

Originally released in 1987, the block-punching platformer is famously known as the game that came pre-loaded with the Master System for many years, before later being replaced by Sonic the Hedgehog. Players guide Alex Kidd, (not “Alex the Kid” as you’ll hear time and again while working in video game retail), through the land of Radaxian, on a quest to rescue its abducted royalty from the evil wizard Janken the Great.

Alex runs, jumps, leaps, and swims his way through a series of colourful stages, even taking to a high-speed motorbike and sky-high gyro-copter on occasion. Renown for its repetitive ear-worm of a theme tune, as well as its “JanKenPon” (or “Rock, Paper, Scissors”) boss battles, Alex Kidd in Miracle World is indelibly etched into Sega-owning fans of a certain age.

The remake, Alex Kidd in Miracle World DX, will feature all of the classic action from the original game, spruced up with new visuals and audio, while adding new levels, game modes, and boss fights. But fear not, Master System fans, as Retro Mode will also allow you to play the original 8-bit adventure just as you remember it.

Alex Kidd in Miracle World DX is scheduled to release in the first quarter of 2021. A recent tweet from Merge Games notes that it will launch on “Nintendo Switch, PC, Xbox, and PlayStation.“