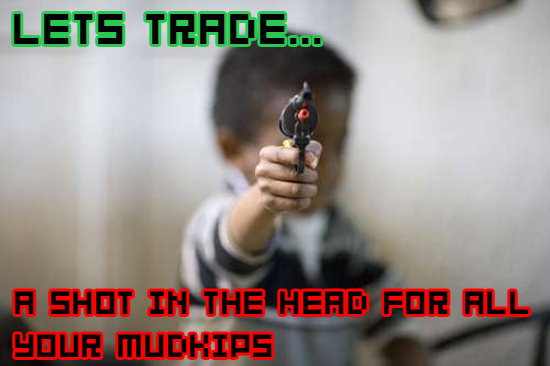 Here’s a weekend special for you, sure to be taken by tabloid media outlets like Fox News and warped into an anti-video game manifesto. In Redwood City, California, a ten-year-old boy recently came to school armed with an Airsoft gun (a pellet gun designed to look like the real thing). He put it to the head of a six-year-old school mate and demanded he hand over his Pokemon cards. Now he’s in juvenile hall.

Not unlike the Mortal Kombat murder and the game it’s named after, my first reaction in reading this story was “Does anyone play with Pokemon cards anymore?” Then my thoughts immediately turned to more adult questions like  “With all the real crime going on every day, why is this even news?” and “Why are the Pokemon cards named in the headline of the story, and not the name of the super dangerous pellet gun the kid somehow got access to?”

The witch hunt continues, my friends.