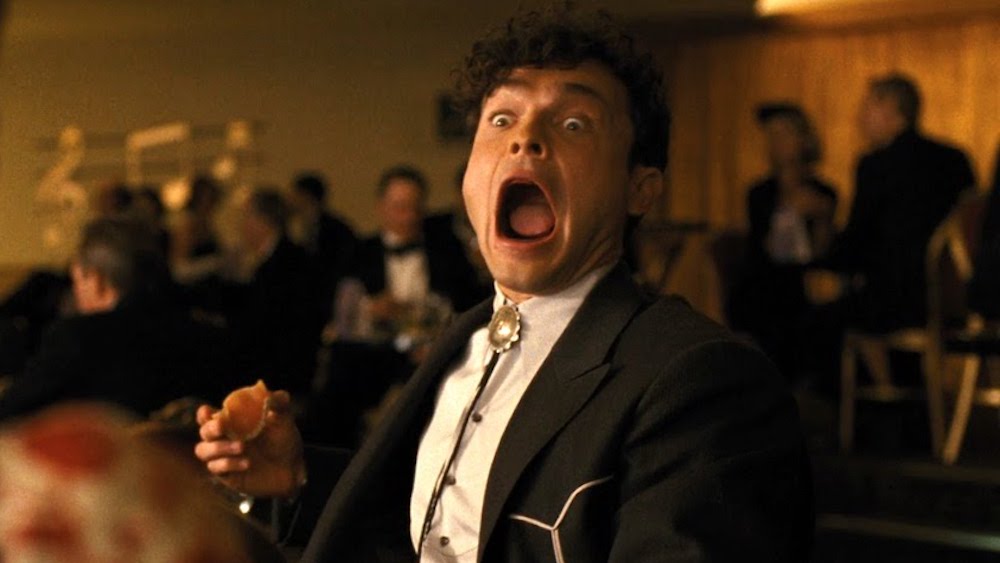 I’ve got a neutral feeling about this

We’ve yet to see Hail, Caesar! star Alden Ehrenreich grace our movie screens as young Han Solo, but Luscasfilm (predictably) has a hold on him for the time being. Promoting Solo in an interview with Esquire, Ehrenreich let slip that he is on contract for three films as our favorite scoundrel with a heart of gold.

When asked about how many films he was signed on for, the actor replied:

Well buddy, if it wasn’t public before, it is now.

Keep in mind however, that this is pretty standard for large movie studios and big franchises like Star Wars. Some cast members of Rogue One had multi-picture deals, but unless we get a Rogue Two featuring whatever’s left of their vaporized remains, I don’t think we’ll be seeing them again. But hey, if Solo defies all expectations and is a critical hit amongst critics and fans, we could get a Han Solo trilogy that we didn’t even know we wanted, seeing how they’re making these movies until after we’re all dead.

Would that it t’were so simple.

Alden Ehrenreich Will Return as Han Solo After Solo [Esquire]