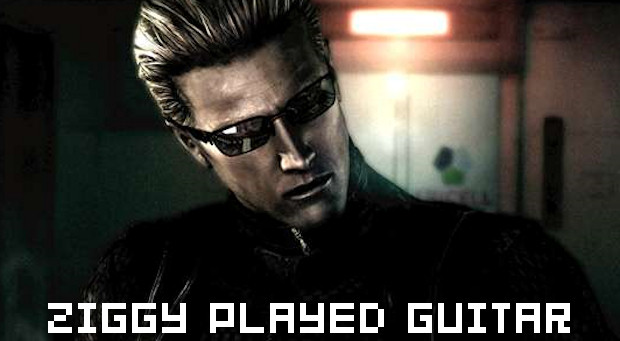 Destructoid was very lucky to get a chance to speak to D.C Douglas, best known to gamers for his sinister Albert Wesker performance in Resident Evil 5. We discussed a variety of topics, including his reaction to the game’s campy script and how he views performing for videogames versus other mediums.

We asked Douglas whether he feels videogames have the same prestige as television and movies, and if he feels the medium needs to catch up with these established art forms. His response was very positive.

“Are you kidding?  I am getting just as much response from fans AND industry folks regarding RE5 as I did when I was a recurring on NBC’s Boston Common in the mid 1990s!” he explains. “VG has arrived.  Now actors just have to get some residuals for our work like we do with films and TV.”

The voice actor for Niko Bellic caused waves when he revealed he was eating Ramen Noodles for lunch despite GTA IV’s massive success. I think it’s a shame that truly talented actors aren’t getting their dues, especially in an industry full of so many terrible “actors” that phone it in and ruin otherwise great game stories. There are some talented voiceovers out there, but right now with development costs of games already sky high, I doubt we’ll be seeing them get any extra cash in the near future. Personally, I’d voice act in a game for free, but nobody wants me to.

Stay tuned to Destructoid tomorrow for our full interview with D.C Douglas!