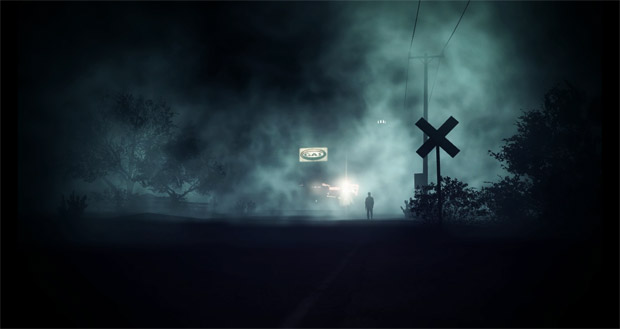 With Alan Wake’s American Nightmare almost upon us, it’s time for a mood-setting launch trailer. Fitting voice-over work, plenty of slow-mo dodges, and a pack of oversized spiders — yeah, this is pretty good.

The game may not be the full sequel some of us still desperately crave, but I feel like Remedy has made the transition from full retail product to downloadable title a relatively smooth one. At least, it looks that way from the media I’ve seen.

I was hoping we could compete in a series of events “inspired by” (i.e., stolen from) American Gladiators to determine who got to review American Nightmare on Destructoid, but no such luck. Maurice snatched that sucker up instantly. It’s not fair — the dude never sleeps!