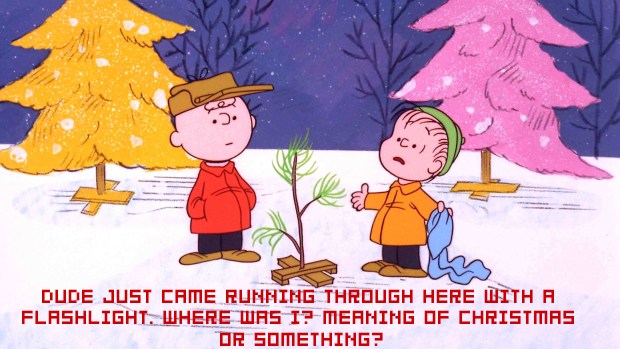 Remedy’s head of franchise development Oskari Hakkinen told Edge that we can “think of [Alan Wake‘s] DLC as a Christmas special.” That’s right boys and girls, gather round as Uncle Alan tells us all the tale of how he used his flashlight to defeat the mean ol’ Christmas Snatchers in this year’s hit Christmas special “Alan Wake and the Grumpy Grumps of Bright Falls.”

What? I missed April Fool’s, give me this.

To put the quote in some context, Hakkinen was describing the entire series arc of Alan Wake. “When you get Alan Wake in your hands, you can think of this as season one,” he said. “We’ll have a satisfactory and conclusive ending, but we’ll leave some doors open: we’ve planned for a bigger story arc.

“And we’ve thought of DLC, which will be more of a bridge between season one and season two, should this first part be a success.

“You can think of the DLC as a Christmas special, something that will give you a different perspective on the stuff you’ve played in season one.”

With reported inspiration from the likes of Twin Peaks and Lost I’m excited to go on whatever twisted story Remedy is concocting.