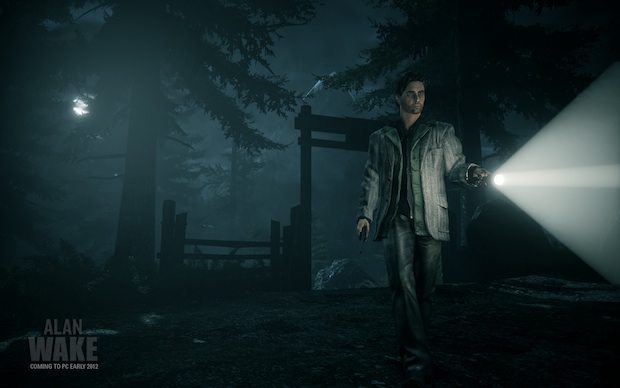 Yesterday a Stream registry hint told us that Alan Wake might be coming to PC. Now we have the official word from Remedy Entertainment. Alan Wake is coming to PC in 2012. Nice! I can’t wait to play it at maxed-out settings. You know that Remedy knows their PC stuff, so I’m expecting a real treat with this one.

Remedy says that the PC version of the game will also include “The Signal” and “The Writer” downloadable content. There’s no word on pricing yet, but they made it sound like this game will be launching around the same time as the newly announced digital title Alan Wake’s American Nightmare. This means we’ll probably see this in the first quarter of 2012.

You’ll find the very first screenshot in our gallery below.