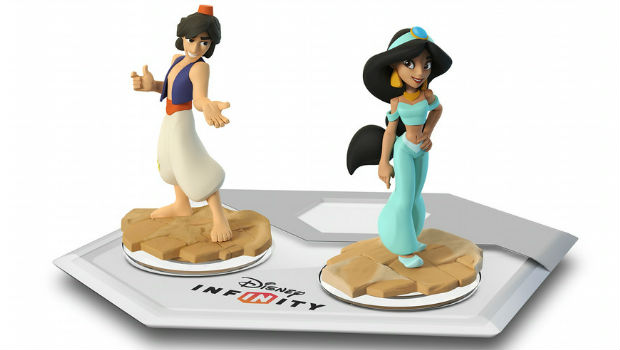 When Disney Infinity 2.0 hits later this year, you’ll be able to explore a whole new world with Aladdin and Jasmine. It makes sense that the couple would appear, as bits and pieces of Agrabah appeared in the Toy Box mode for the first game, as well as a rare-ish Abu vehicle Power Disc.

Aladdin will use his scimitar (Genesis flashbacks!) as well as the lamp, and Jasmine will use acrobatics and Magic Carpet. Multiple Power Discs are also confirmed, including the power to change the sky into Agrabah Palace, and the floor into sand.