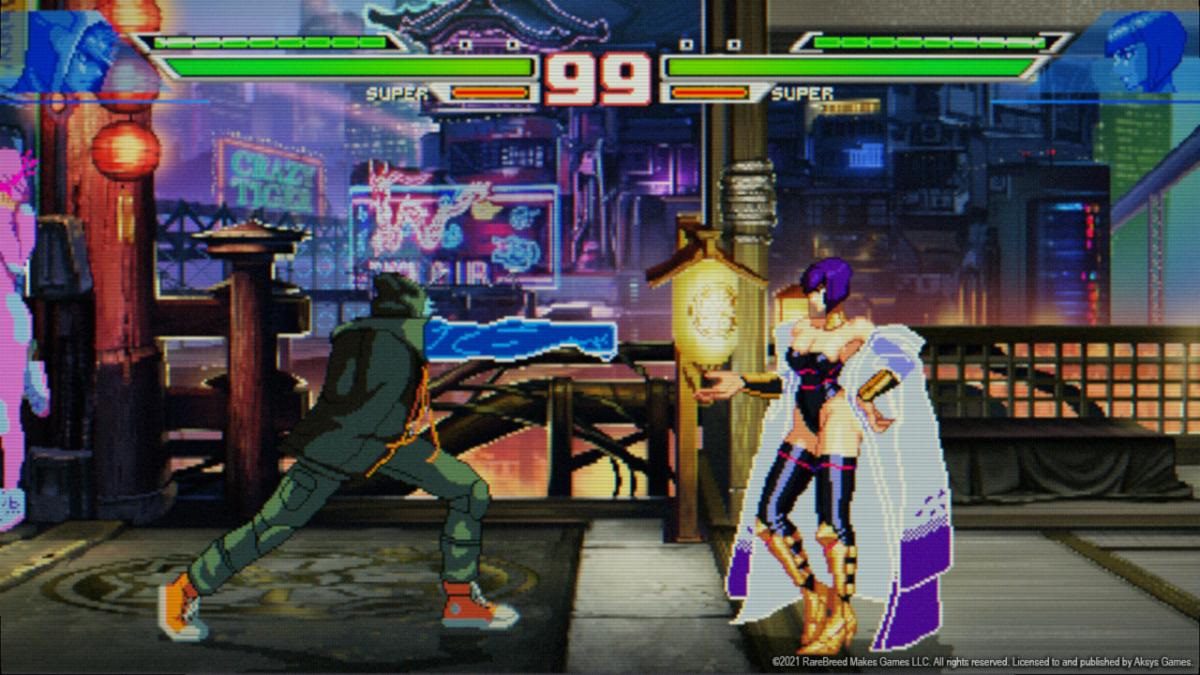 Publisher AkSys Games is feeling the 1990s with the announcement of its brand new fighting title, Blazing Strike. Taking the genre back to its roots, Blazing Strike promises heavy-hitting, 2D, pixel-based throwdowns when it launches on PC and consoles next year.

“I was always fond of classic fighting games and I wanted to make a fun fighting game with an emphasis on mobility,” said Mark Chung, founder of Blazing Strike developer RareBreed Makes Games. “Our goal is to create an homage to the classic pixel art-based 2D fighters, but with updated game mechanics that not only will bring nostalgia to 90’s arcade kids but will offer something new and entertaining to all gamers, regardless of whether they have played fighting games before.”

The footage below is taken from the title’s failed 2019 Kickstarter. As such, it might be unrepresentative of AkSys’ revitalized project, but it still offers an example of Blazing Strike‘s old-school style.

No one can deny that the fighting market is particularly crowded at this moment in time, with plenty of new mid-tier releases already on the horizon. But as the industry pushes further toward the 2.5D/3D model aesthetic, perhaps the rawness of a true 2D, pixel-based fighter will help Blazing Strike find an audience among the Tekkens and Mortal Kombats of the world. Hell, you still see tournaments on titles such as 1998’s Breakers’ Revenge — and Super Street Fighter II Turbo tourneys never went out of fashion — so I’m all-in for Blazing Strike, I hope it finds its audience come clobberin’ time.