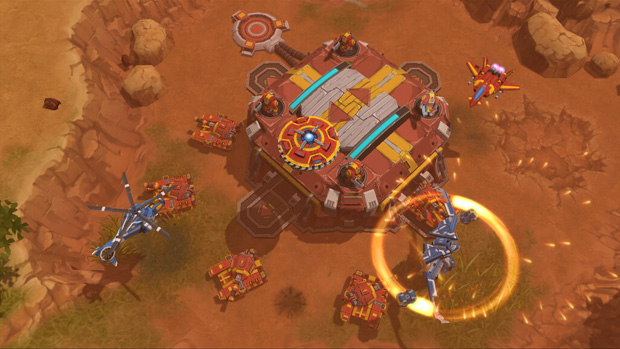 Oh, that’s right — Ubisoft and Carbon Games are bringing AirMech to Xbox 360 this year with AirMech Arena. The original browser-based release (which has since come to Steam) was good fun. It’s real-time strategy, but instead of being an omnipresent commander, you play as a transforming mech. Like a modern take on Herzog Zwei, if you played that back in the ’90s.

A closed beta for AirMech Arena is set to run from July 23 – 29, and sign-ups are available here. All features from the full game will make it into this beta, so expect single-player and co-op and competitive multiplayer. If you’d rather just wait for the final release, last we heard, that was planned for this summer. Can’t be too far off, if that’s still the case.