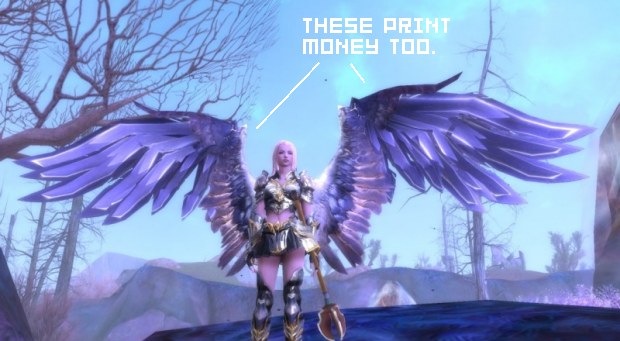 It looks like Aion is doing pretty well for itself. The world of MMOs is hard to succeed in, but it seems that playing as winged beings who kick ass in a war torn world is something people want to do. GameSpot is reporting that the game sold 500,000 copies in the U.S. and 470,000 copies in Europe. This not only makes the game one of the most popular MMOs of the year, but also netted NCsoft an increase in profit of 836 percent.

The publisher, who is based in Korea, reported revenues that were up 112 percent to KRW166 billion ($142 million). Their net income during the July-September period also climbed to KRW46.9 billion ($40 million). While Aion had plenty to do with NCsoft’s great numbers, Korea had more to do with it. 46 percent of the Korean company’s revenue came from Korea. Those Koreans love them some MMORPG action, but judging from the Aion sales number so do us Westerners.