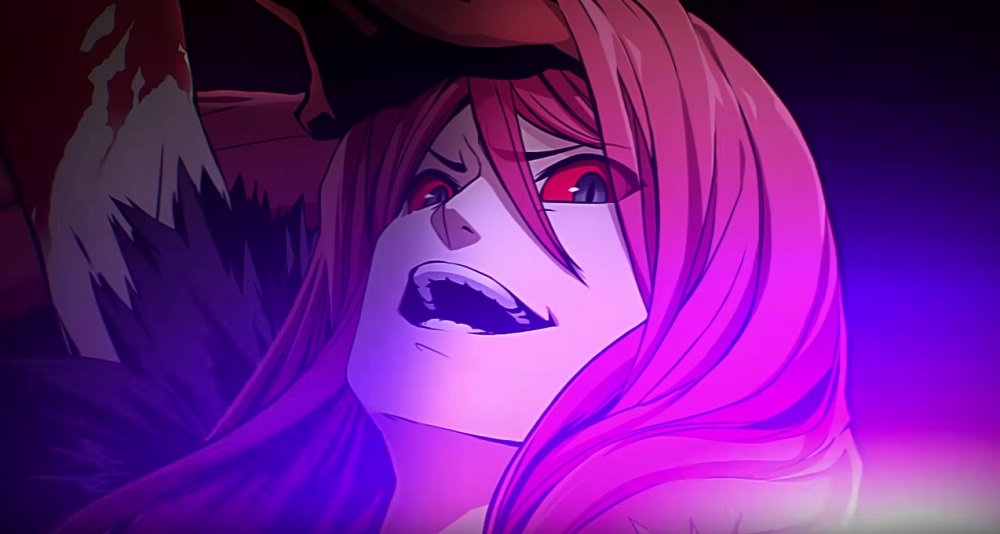 Samurai cat Jubei will come purring into battle, blade in hand. Representing BlazBlue, the stoic feline was previously a DLC character in Centralfiction. From Under Night In-Birth comes tryhard Carmine. The goth teen is typified by his lax attitude, foul-mouth and a temper as hot as his flowing red hair. Finally, repping Persona Arena, is the very-popular android girl Aigis, literally armed and dangerous.

To have two waves of DLC already pushed two months before Cross Tag Battle has even seen its Japanese release leaves a bad taste in the mouth. I suppose ArcSys are just getting their marketing machine in gear, considering that the game will feature twenty DLC characters, in addition to the twenty characters in the game’s original roster.

BlazBlue: Cross Tag Battle launches on PS4, PC and Nintendo Switch May in Japan and June 5 in North America, a European release has been confirmed for Summer.