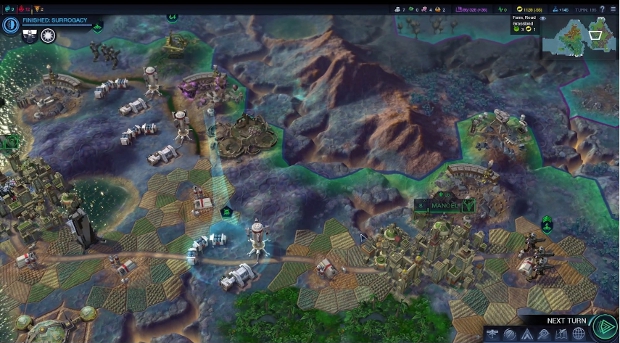 Steven got to play Civilization: Beyond Earth with the help of an “actual scienceman” not long ago, but the 2K and Firaxis still brought something new to show at PAX Prime this year. Earlier today at the Firaxis Megapanel, the artificial intelligence “Master Control” shows off a faction aligned with the “Purity Affinity.”

The Purity Affinity believes that humans are good enough as they are, and so they seek to control the environment through terraforming in order to meet their needs. This contrasts with other factions, who believe that species must advance itself to adapt to alien environments, through either cybernetic enhancement or alien gene splicing.

Of course, “purity” does not imply “peace,” as Master Control demonstrates through ruthless domination of a competing faction, as well as unprovoked murder of a majestic alien beast.