No toybox feel just yet

I’ve been hooked to Volition’s Saints Row series ever since it underwent a major tonal reboot with Saints Row: The Third. The series may have been a victim of diminishing returns as of late — you can only jump over the proverbial shark so many times — so I was hoping the spin-off, Agents of Mayhem, would be the boost this formula needed.

Reading Steven’s preview a few months ago, I was excited to play the game myself during E3. After spending an hour with it, my excitement has tempered a bit. Despite the admirable reach of its gameplay, Agents of Mayhem feels like an insular experience. 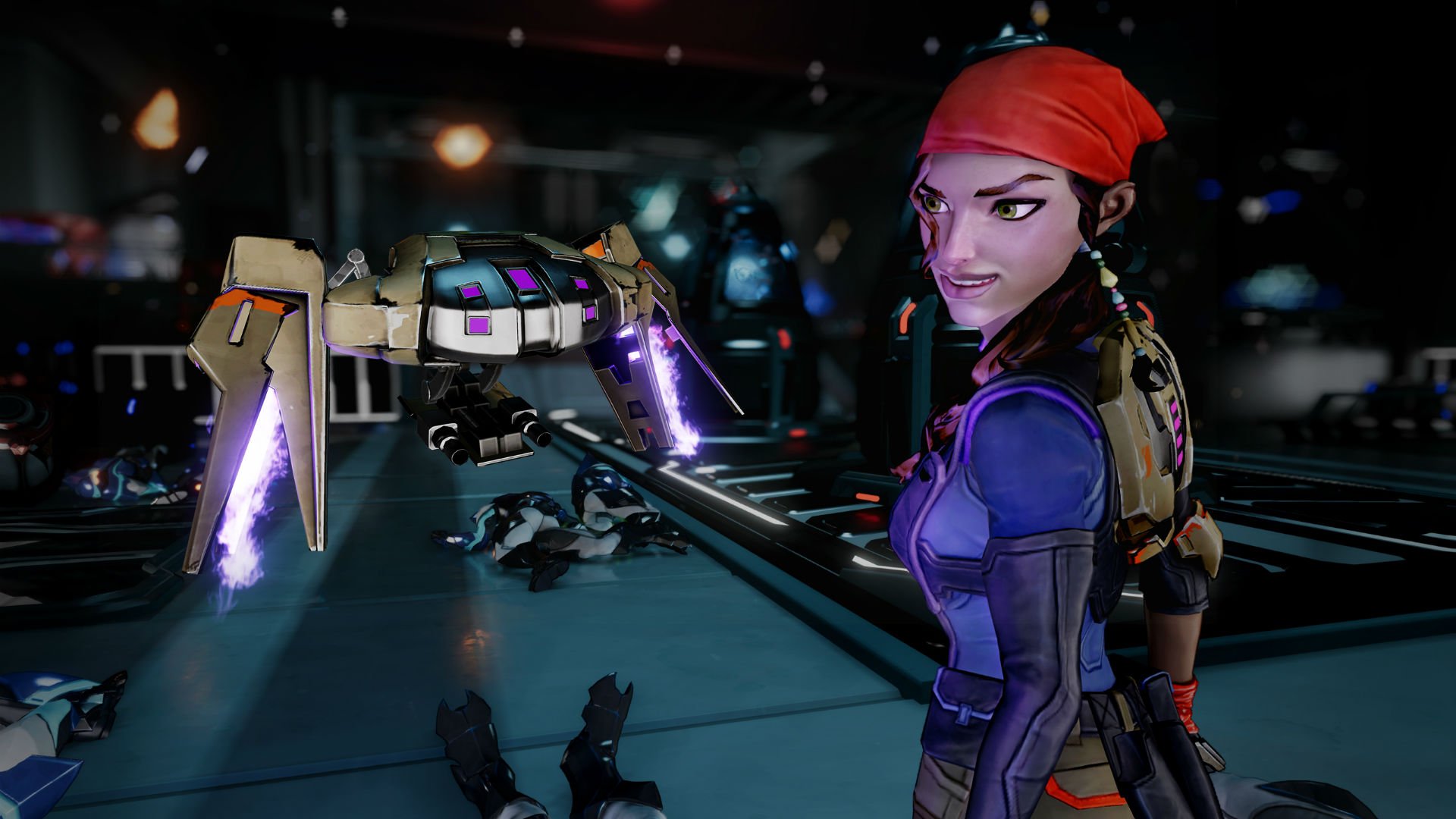 Taking place in the — now official — Saints Row multiverse as a byproduct of one of Gat Out of Hell‘s multiple endings, Agents of Mayhem is a story of “Bad vs. Evil.” MAYHEM has taken the law into their own hands as an evil group, The Ministry of Pride’s LEGION, continues to dominate the world.

The E3 demo featured 14 playable characters, each coming with their own animated introduction. I was introduced to the characters Oni, a yakuza who gave up his ways and joined MAYHEM when he realized LEGION had infiltrated, and Redcard, a soccer hooligan who was recruited for his ability to rally those around him. I was definitely taken aback with the seriousness of Oni’s introduction, and it gave me a glimmer of hope that the new direction meant a scaling back of Saints Row‘s intense craziness to a more manageable level, but Redcard’s intro is full of the jockular humor the series tends to dabble in. The beauty of these wild variants, however, is Agents of Mayhem can presumably cater to your preferences.

In order to take on any missions, you’ll have to select a team of three members with an ability to switch between them on the fly (so no co-op multiplayer to be found here as it’s not needed). I chose to go with Redcard (a run and gunner with an automatic shotgun), Rama (a stealthy archer), and Joule (an engineer with a turret buddy) in order to give myself three different play styles to fumble around with. After running around the world for a bit, and failing to blow up any vehicles despite numerous attempts, I headed into the available story mission: tracking down a pop star with a thinly veiled resemblance to a current notorious artist, Gaunt. He’s a boss with bad singing whose technological advances have hypnotized people into loving his music. I get the feeling his animated intro was supposed to be funny, but if you’re not a fan of Volition’s low-hanging-fruit humor then Agents isn’t exactly going to change that. It’s as flat and dated as its pop culture references. 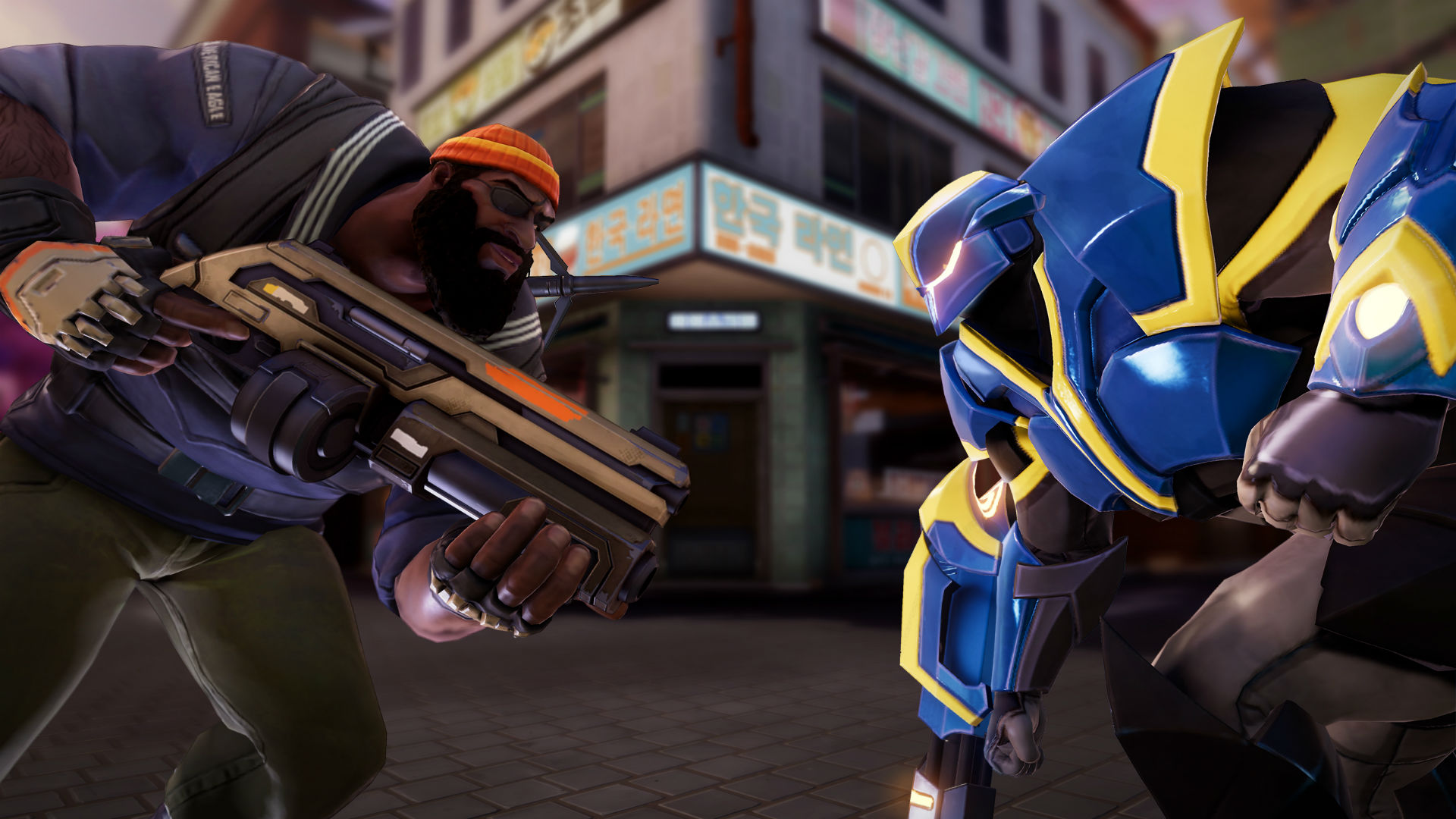 Before heading into the mission fully, I was walked through Mayhem‘s customization options. Since there isn’t a character creator, the hope seems to be that the variety of team combinations, skins, and weapon properties will ease that pain. Although there are still the crazier weapons Volition has made itself known for (in the form of “Gremlin” weapons), the individual buffs and changes I made to my team didn’t seem to carry any impact. Smaller incremental changes (percentages ranging from 5-10%) to things like cooldown time or damage just don’t seem as worth it as upgrades to weapons in the Saints Row series. I’m hoping this’ll become a much clearer element with a longer playtime, but at least there’s an option to shift them around during missions.

As for the gameplay, despite each character’s lovely personality, the three wildly different characters all moved in the same way. I do appreciate how every character has a line of dialogue for every situation (even if you change characters mid-sentence), but all the personality in the world couldn’t save it from feeling all too familiar. I shot some robots, I arrowed some robots, and then I lasered some robots. I still ended up playing the exact same way I did in Saints Row (basically running and shooting without giving a damn), but without any of the insanity to accompany me just yet. Even using my first Gremlin weapon to trap a club full of hypnotized teens in giant plasma balls felt slightly hollow. 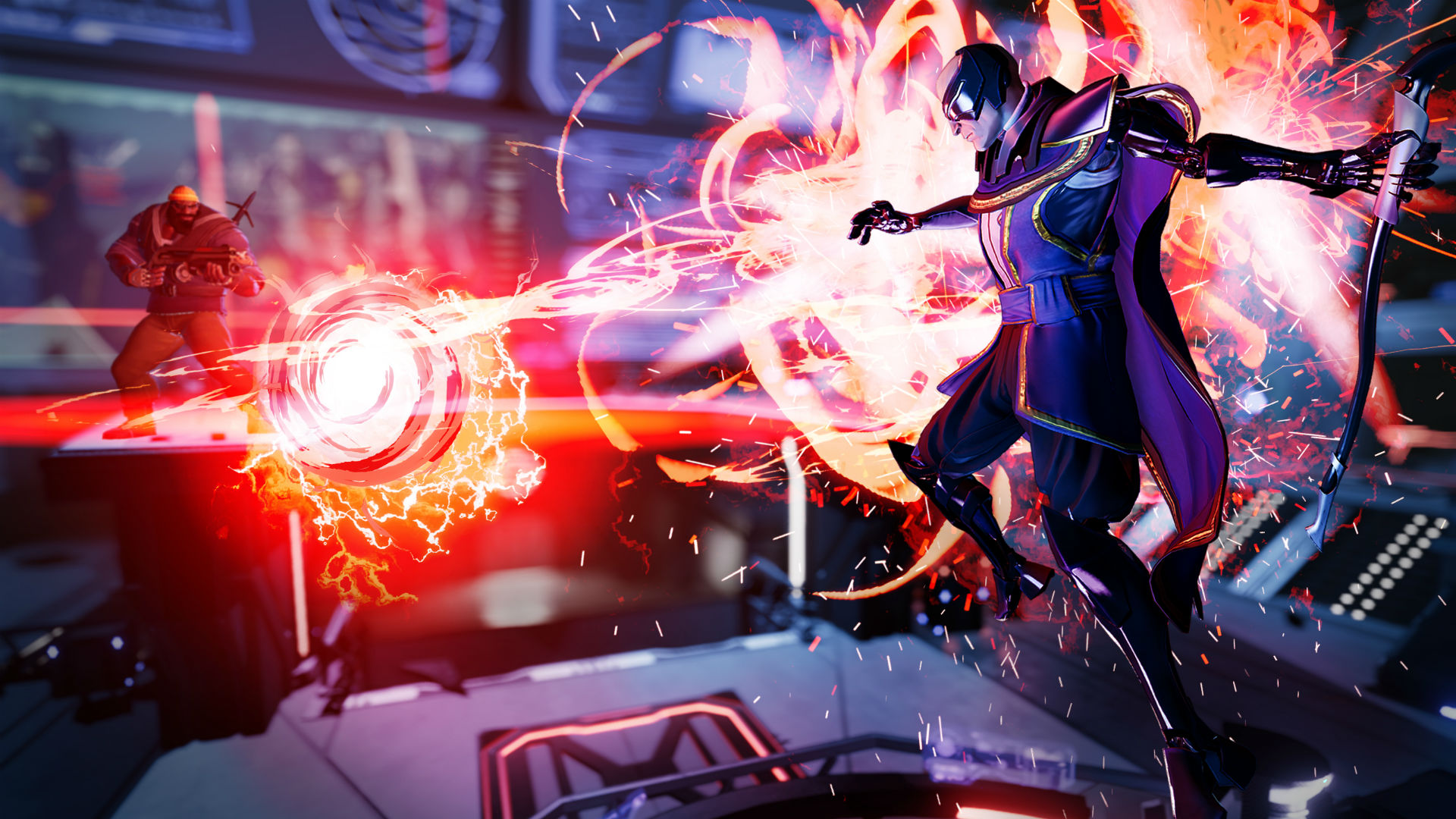 Volition is aiming to take Agents of Mayhem somewhere it has never gone before with the Saints Row universe, and I believe the studio can do it. Although the demo I played through felt eerily familiar, I’m hoping it was just a preamble meant to ease me into a new chaotic world. There’s quite a bit of potential in its weapon and team customization should they reveal hidden layers.

It may not be living up to the Mayhem in its title right now, but with the sheer amount of toys to play with, there’s bound to be fun here.