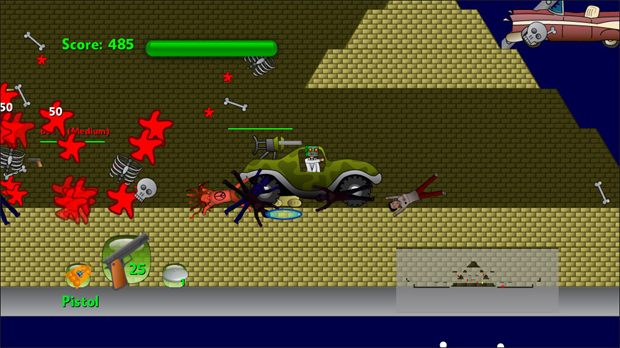 The 2D deathmatch shooter features multiplayer for up to sixteen combatants, 4-player local split-screen play and five maps. You can rain death on your enemies using either your potent armament or by running enemies over in the game’s vehicles. It even has seventeen playable characters — including our very own Mr. Destructoid, who even appears on the game’s cover art (!) — and a soundtrack by Dtoider GuitarAtomik‘s musical project, I KILL PXLS. Awesome.

The game is available for 240 Microsoft spacebucks. I would heartily suggest everyone run to their consoles — or this handy link — and support it. If you’re hesitant (you fool!), you can check out a trailer of the game here.