Last year, Microsoft released a remaster of the original Age of Empires from seemingly nowhere. Titled the “Definitive Edition,” the port scaled the graphics up to 4K resolution, included every campaign ever created for the title, and cleaned up some rough edges to make for a smoother experience in the modern era. I don’t think anyone expected the same treatment for Age of Empires II, if only because an HD version has been on Steam for close to six years now. While rumored for months and seemingly confirmed through press releases, Age of Empires II Definitive Edition got formally unveiled during Microsoft’s E3 2019 conference, to the delight of fans the world over.

While a cause for celebration, the existence of this new version brought up a few questions. How would this improve over the HD version? Would all of the new content created for HD be brought into Definitive Edition? Would you still be able to wololo on command? In a behind-closed-doors demo, I met with Adam Isgreen (creative director at Microsoft Game Studios) and Bert Beeckman (project lead for Age of Empires) and got answers to all of those questions and more. 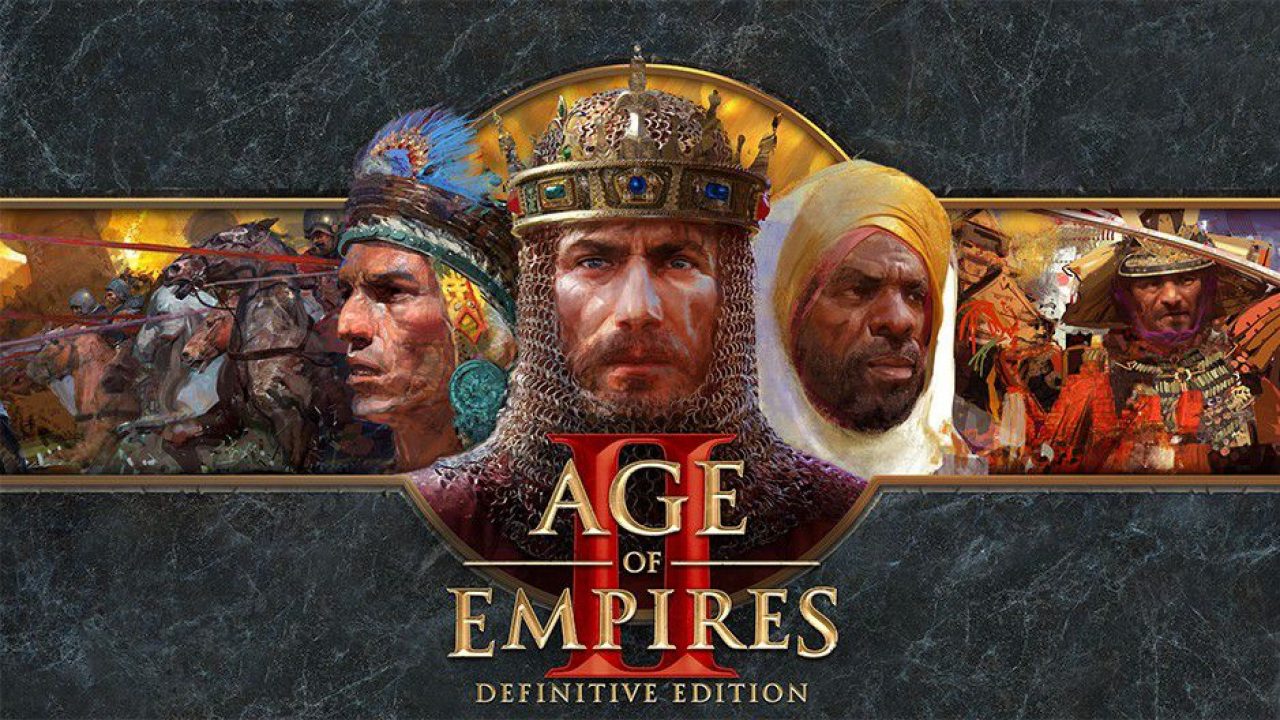 Without hesitation, I asked if all the various cheat codes from Age of Empires II would be retained in Definitive Edition. They were present in last year’s re-release, so it only stands to reason that you can whip out the Shelby AC Cobra and lay waste to ancient civilizations again. Sure enough, cheats do make a return and none of them have changed from their classic incarnations. Beeckman typed in “How do you turn this on” and proceeded to steamroll the opposition to appease me.

In manners relating to actual game content, all of the currently released DLC for Age of Empires II HD will be present in Definitive Edition. A few new campaigns will also be included, bringing the total count to over 25. Three new civilizations are being added, as well, which bumps that count up to 35. This is a seriously content-dense game, which makes the $20 price point seem like a steal. I can’t believe how much is actually included despite seeing it grow over the past few years on Steam.

Bringing up Steam, both Beeckman and Isgreen stressed that this and last year’s Definitive Editions will be present on Valve’s storefront (you can actually wishlist both the first and second games right now). With Microsoft dropping the UWA requirement for applications on the Microsoft store and embracing different avenues for selling titles, you won’t be limited in where you can purchase this new port. Multiplayer will even function between the two versions, so you won’t have to mock your friend for sticking with one storefront while everyone else jumped on another. 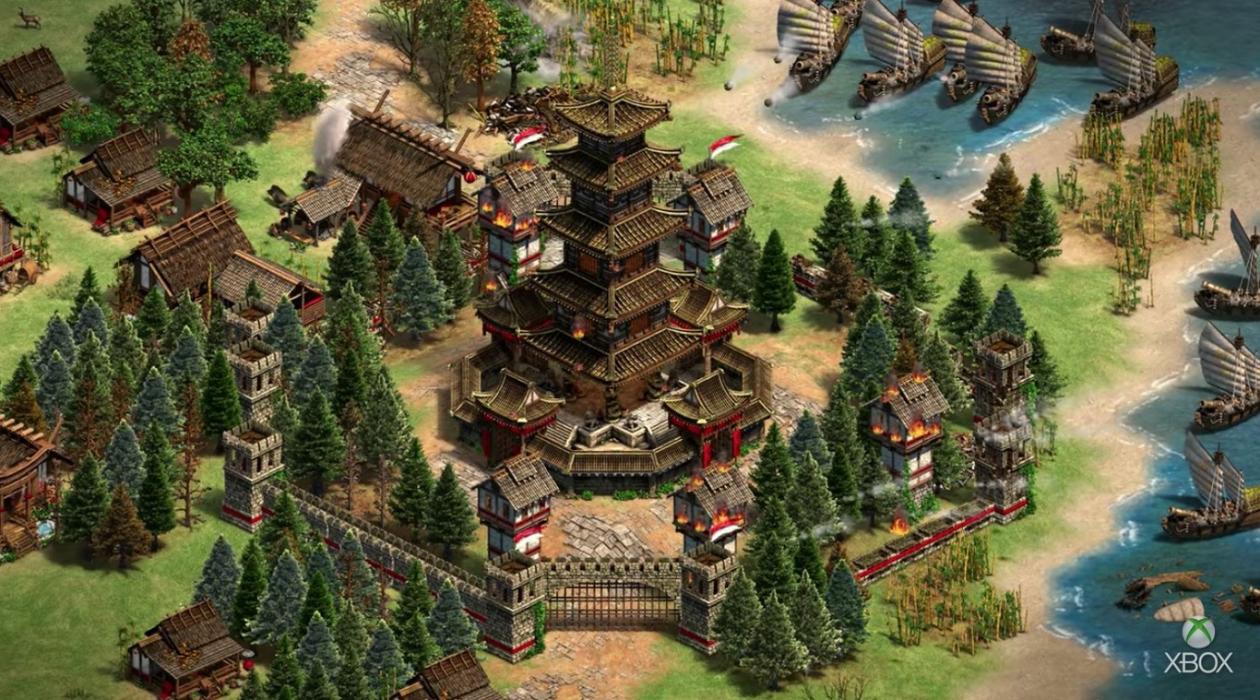 If you’re new to RTS games, you’ll be happy to hear that some brand new tutorials and challenges have been incorporated into AoE II DE to bring you up to speed. The biggest struggle that new players have is learning how to properly micromanage, which can make or break a match in the blink of an eye. With specially curated challenges, you’ll be tasked with completing small chunks of gameplay that familiarize you with top level tactics, even grading you on your performance so you can improve. Microsoft got feedback from pro Age of Empries II players and used their results as the benchmarks for Platinum level challenges, which should make for some tricky achievements this time out.

The most dramatic change, though, has to be the overhauled AI. In classic RTS titles and especially Age of Empires, the enemy AI is known for being a cheating bastard on higher difficulty settings. Your villagers are also dumb as bricks, which could lead to instances where they’ll die while trying to hunt a boar. In Definitive Edition, you can put those fears to bed, as Microsoft has fine tuned everything to feel more like you’re facing human opponents instead of an omniscient overlord.

Isgreen explained that you will be able to watch replays from AI matches and learn new tactics since they’ll be acting exactly like humans do. The AI isn’t given access to any information that a human doesn’t have from the start. They will need to send out scouts, manage farms, and potentially get their villagers killed by boars just like us. It should make for far more enjoyable campaigns, which could often become unwinnable thanks to the AI working at super human speeds. 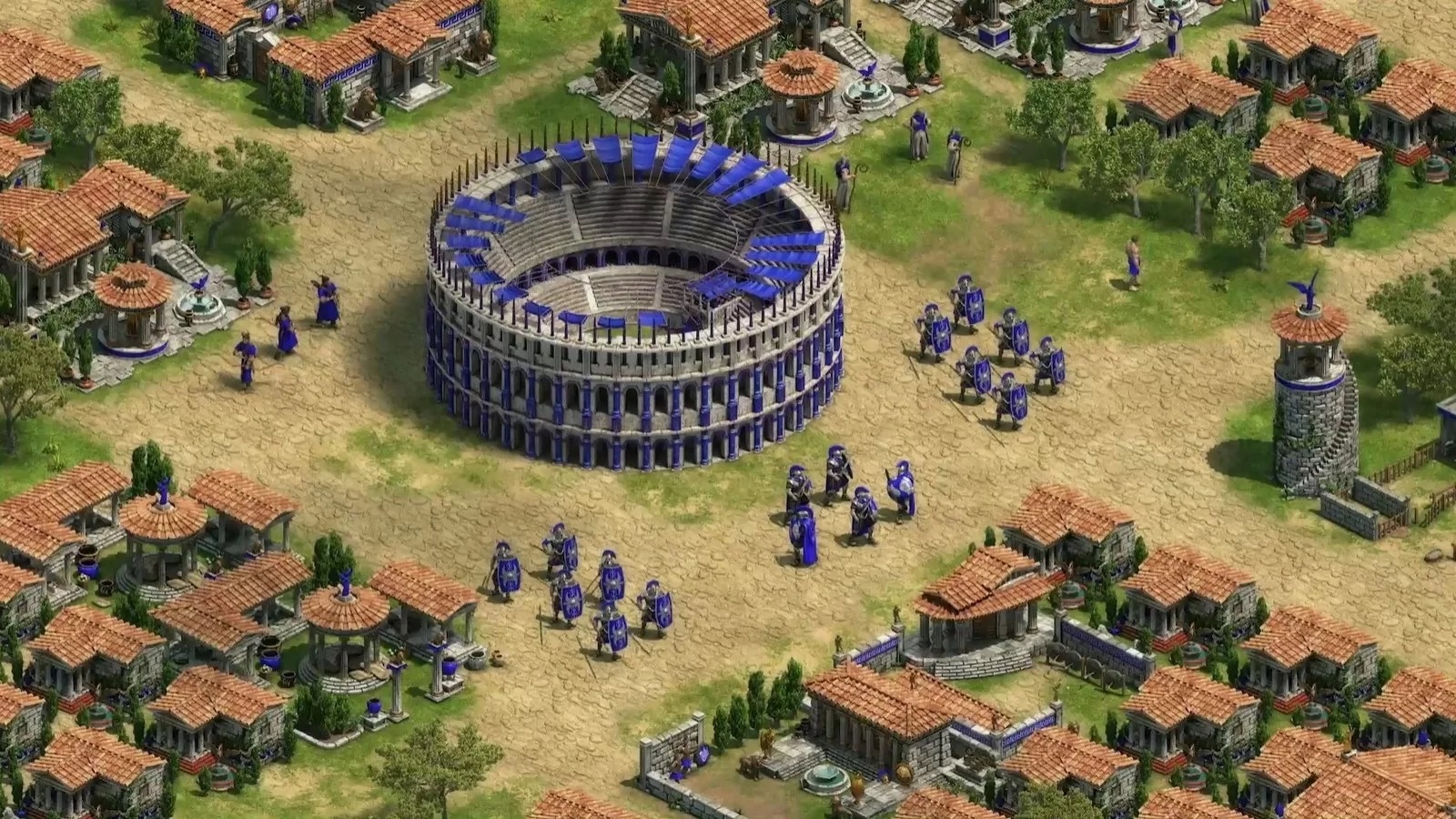 A lot of new quality-of-life changes are present for amassing giant armies and upgrading buildings. The HUD, while inspired by the designs of the original, is getting additional information to make use of all the extra screen real-estate afforded by HD monitors. Queues for units will be listed in the top middle and will allow you to shift through them with keyboard shortcuts. Individual buildings will have progress meters hovering over them to show you how far along upgrades are. Buildings will also have new effects around them to indicate if they are in use or not (the demo showed the main castle sparkling, though that was a placeholder graphic). The idea is to keep the player informed at all times without having to do too much clicking, a problem that older RTS games suffered from immensely.

If you don’t want any of these changes, you can choose to completely ignore them. Want the AI to continue being a pain in the ass? Revert back to the classic style! Want to micromanage anything and everything? Play with the original rules. As the title implies, this really is the “Definitive Edition” of Age of Empires II. Isgreen even said, “I want the E3 demo campaign to be present in the final release.” They are serious about getting everything right with this one.

They’re certainly doing their best and it shows. The textures and sprites look magnificent in 4K, but ultra-wide monitor users won’t be left in the cold. Unlocked framerates aren’t an option due to the nature of 2D artwork, but the general fluidity of everything has been kicked up a notch. Online matchmaking is being handled through Xbox Live, so you can count on getting a solid connection to opponents. Mixer is getting integration with the game, allowing you to jump into streams straight from the main menu. This is one jam packed release. 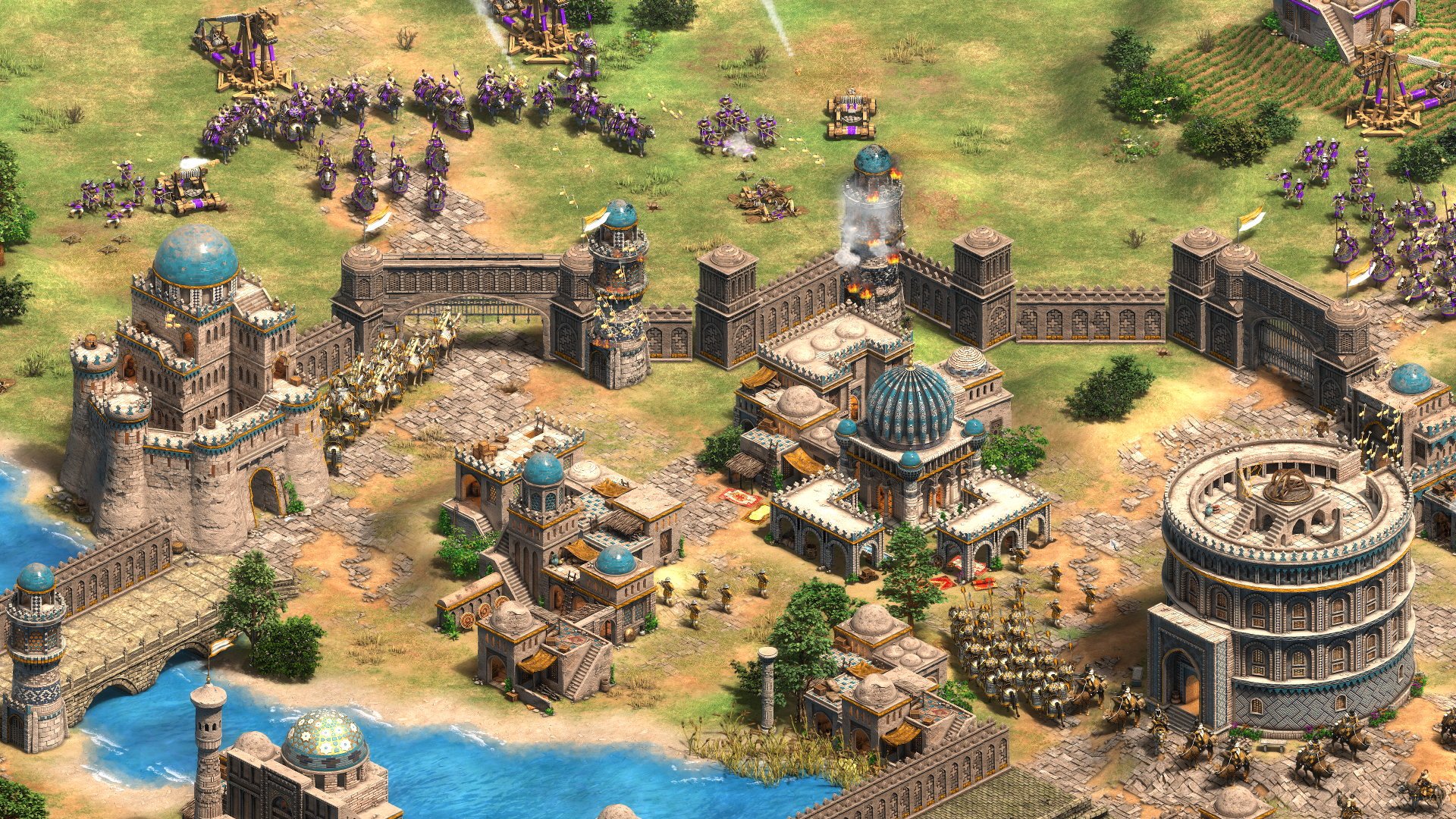 Just writing about all of this, I’m getting anxious thinking about how much time I might lose to Definitive Edition. I played quite a bit of Age of Empires II as a teen and have managed to drop another 20 or so hours into the HD version. It may not be the most modern RTS game around, but something about the simple charm of what Ensemble Studios created nearly two decades ago is just as addicting today as it was back then. Maybe it’s because of how quaint the experience feels stacked against bombastic newer games, but I love returning to Age of Empires at random points to get my strategy and history fix at the same time.

There’s still no firm release date for the remaster, but Age of Empires II: Definitive Edition will be available on Xbox Game Pass when it launches this Fall. I’d expect the Steam version to also land at the same time.