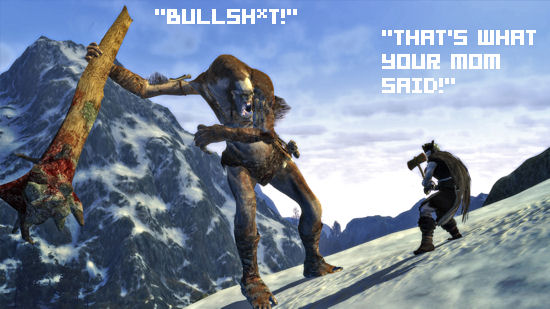 To all who deny the might of Conan, hearken to a tale of his unbridled strength! Upcoming MMO Age of Conan: Hyborian Adventures isn’t slated for release until May, yet it has somehow topped the sales charts for March, according to X Play.

If this isn’t some kind of mistake, then Funcom’s new title has managed to secure an impressive amount of pre-orders — quite astounding, and an achievement some are using to present Age of Conan as World of Warcraft‘s biggest contender yet.

I wish I could make a lot of money out of something I haven’t released yet.