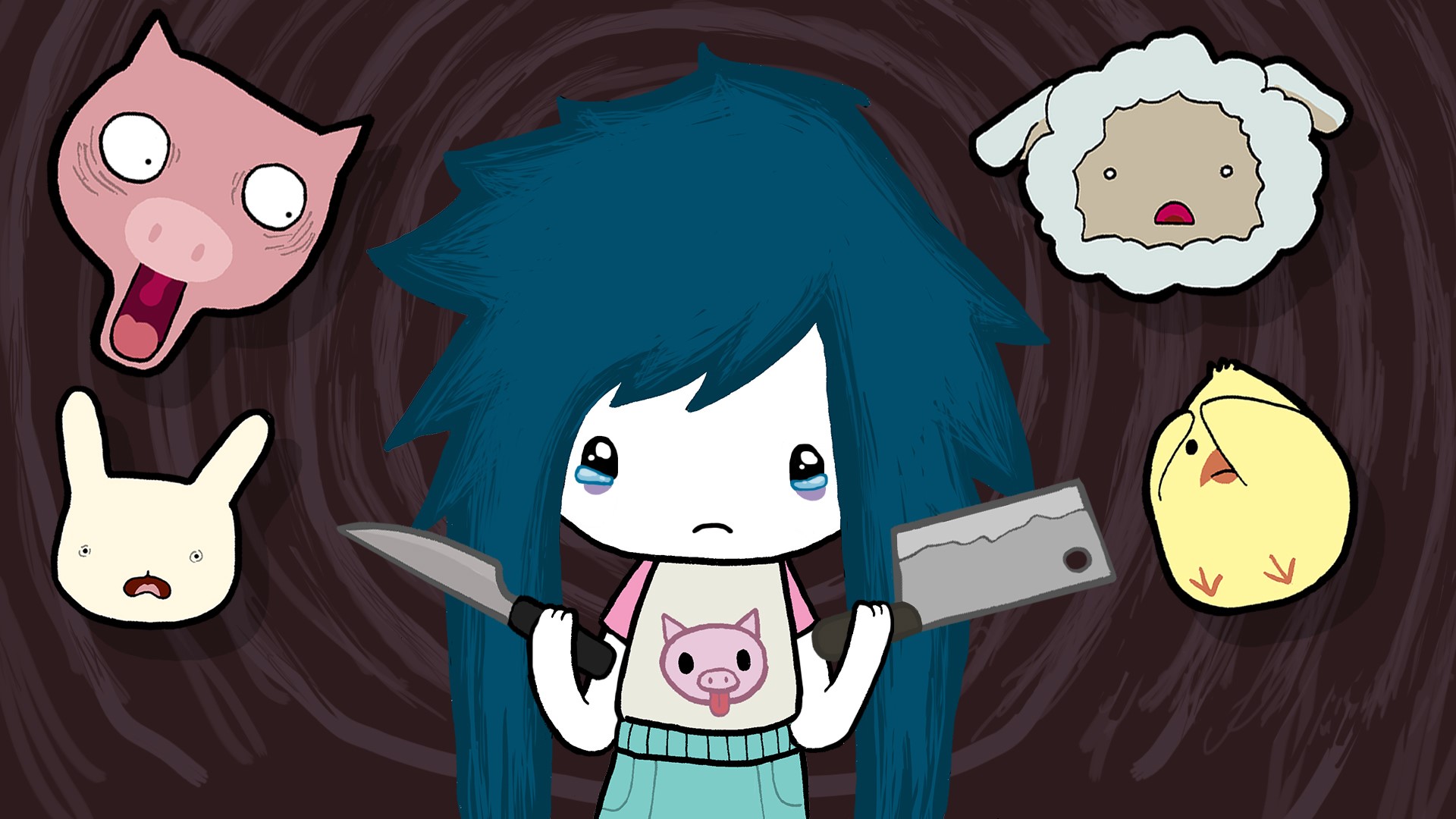 Sometimes we get something in our tipline that makes me let out an audible, “What the fuck?” Usually it’s the bad kind. More of a declarative statement than an utterance of pure inquisitive joy.

Agatha Knife gave me an audible, “What the fuck?” moment. But the good kind.

Agatha Knife follows the titular character as she tries to reconcile her love for meat with her mother’s occupation as a butcher. Feeling sad for the soon-to-be-dinner animals she loves so dearly, Agatha sets out to help ease the minds of her animal friends – by means of Carnivorism, her made-up religion.

Dark humor is the name of the game here as you build out your new religion, piece by piece, in order to help convince animals it’s okay to be butchered for meat.

…what the fuck, right?

The game aims to tackle some controversial issues such as religion, vegetarianism, animal rights, and culture – all through the eyes of a seven-year-old girl. It boasts a fun-but-dark soundtrack, and some pretty darn cute hand-drawn art. It’s creepy and cute!

Agatha Knife is available now on Steam, and is launching for Switch on April 26, and Xbox One on April 27. Looks like I’m gonna be all booked up on the 26th.