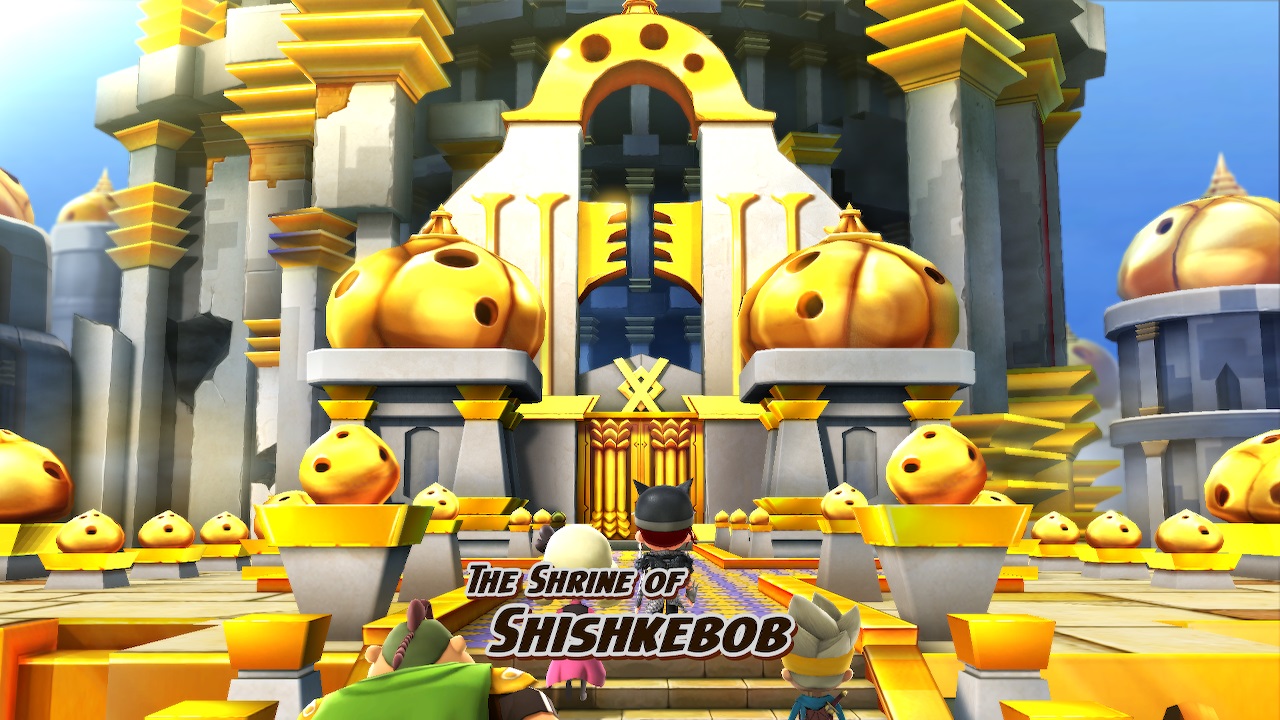 For years we’ve heard about Level-5’s ambitious new cross-media project Snack World, which spans an anime, toy line, and video game series. But unlike Yo-Kai Watch it kind of just stayed over in Japan, until this fateful week when Nintendo has officially announced the localization of Snack World: The Dungeon Crawl – Gold for Switch.

It’ll hit the west on February 14, 2020 (for $60) in physical form as well as on the eShop, and will task the player’s party with taking down the evil Sultan Vinegar. This iteration is a “dungeon crawling rougelike adventure,” with an emphasis on shopping, gear optimization, and procedurally generated dungeons. The titular “snack” mechanic will summon allies, but there’s co-op support for up to four players.

Nintendo and Level-5 promise a hearty comedic story that frequently breaks the fourth wall, which would either be amazing or terrible depending on how the localization goes. Having followed Snack World for a while it’s easy to point out some of the more regional jokes that are native to Japan, so this one is going to be tough to bring over.