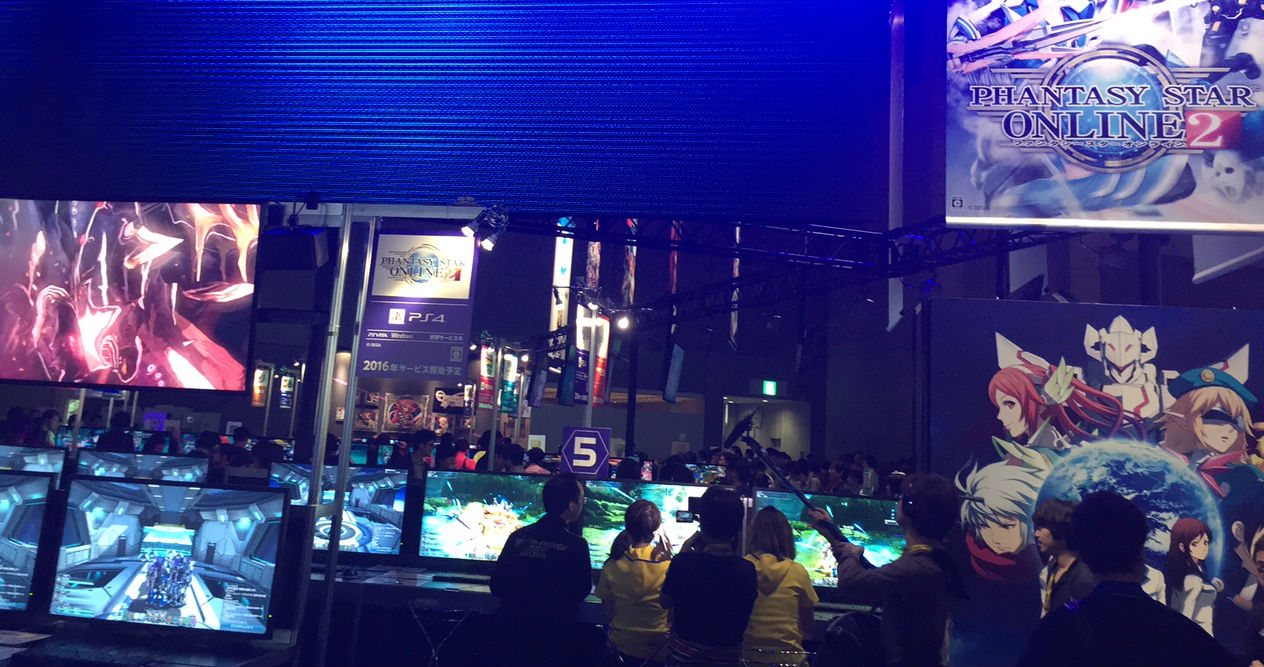 It’s no secret that I’ve been pining for a western release for Phantasy Star Online 2 for quite a while now. I’m hesistant to install the international version of the game, mostly because all of my friends are waiting on true localization on eastern servers. Alas, with no friends to play with, I’m kind of stuck waiting myself.

After playing PSO 2 at TGS on PS4 however, I’m reconsidering my stance. 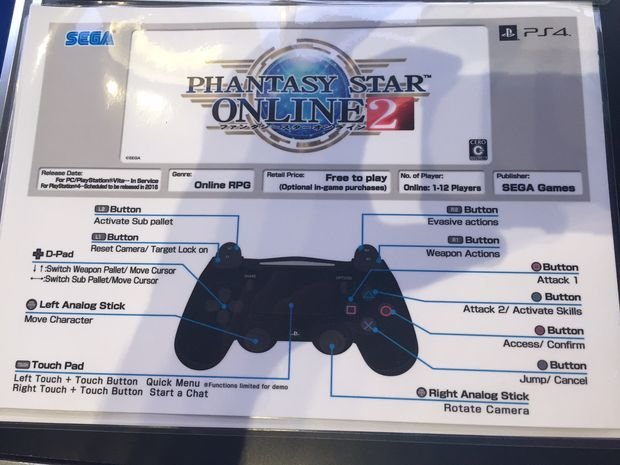 After a quick session in the hub world I jumped into a giant pool, coming out into a jungle on the other side for a linear mission along a giant winding path. I was in a group with four other people of varying classes, rounding out our party makeup. As for myself, I was a Fighter, a melee character that’s a bit quicker than the Warrior. I’m glad the fates (PR) chose that station for me, because my Fighter was flashy as hell.

Combat is much deeper than most dungeon-based action games, with a two-button combo system that’s similar to the Dynasty Warriors series. There’s also launchers, aerial attacks, and air dashing. I was also able to switch out my dual daggers for a katana, which had some really badass finishers. There’s a definite feel for synergy even with this ragtag group, with the trinity of tanking, damage-dealing, and healing in full effect. Thankfully it’s not that rigid, as everyone is capable of doing damage or dodging by their own accord.

All of this flair is useful against the variety of enemies I faced in the demo, ranging from flying beasts to lizards, to dragons. Speaking of dragons, we ended up facing a giant one, which we initially mistook as a boss inside of a lava-filled cave — come to find out it was just a preamble to the real deal, an encounter with two genies.

While it wasn’t the most difficult fight in the world, the entire party had to be aware of both bosses at all times, ensuring that they weren’t caught in the crossfire of whirlwind attacks. After defeating one, the other powered up — an old school gimmick that hasn’t gotten tiring for me. At that point we all congregated and mauled him, making sure that we dodged appropriately.

Phantasy Star Online 2 has a perfect balance of arcade and strategy. It doesn’t feel like a mindless hack and slash, but it isn’t so difficult that it’s inaccessible. Having played nearly every big title here at TGS, PSO 2‘s PS4 build is probably my game of the show.