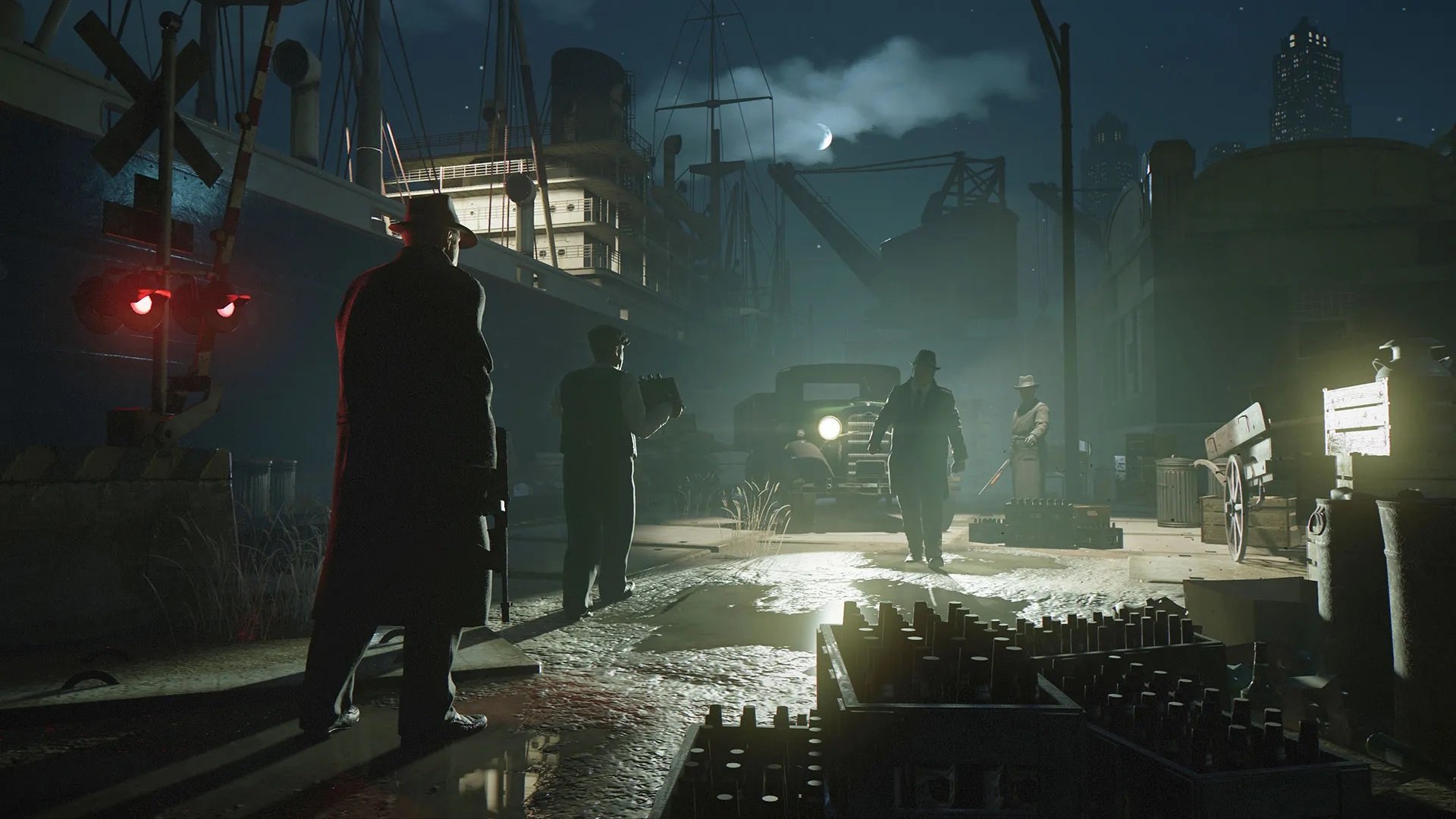 Mafia is a series that I love in theory and am disappointed with in execution. I’ll never turn down a good mob story, especially in the Goodfellas vein of “up-and-comer turned down-and-outter.” Tales of organized crime and the motif of individual success through family loyalty (and all the ways that can unwind) are ripe material for complex and fascinating narratives.

Unfortunately, modern Mafia games haven’t really nailed that adaption to a video game medium. Mafia II is a tightly-controlled and compelling story, but the stuff that makes it a video game is marred by carrying out menial tasks, shooting that’s basic to the point of being offputting, and so much driving. Mafia III spun a really unique yarn about an empowered black man in the 1960s deep south, but it was egregiously padded out with hours and hours’ worth of repetitive missions.

I’ve spent approximately three hours with a preview build of the Mafia remake on PC. It covered the first five chapters and then the tenth chapter. This might be — hopefully, god willing — the Mafia game I’ve wanted all along.

This is the part where I’m obligated to tell you that I haven’t actually played the original Mafia. However, after checking out the remake, I compared it to this no-commentary playthrough of the 2002 game:

From what I’ve seen so far, I love the way Hangar 13 has put modern touches on Mafia while paying respects to the original. A lot of the cinematography is the same, as cut scenes are directed more-or-less identically. The story beats are broadly the same too, but not entirely. For instance, the original has Don Salieri instruct protagonist Tommy Angelo to take revenge on the goons who smashed up his taxi cab; the remake has Tommy ask the Don if he can go after them. It’s a dash of go-getterness that really adds to character development.

However, it’s not the tweaks that go the furthest toward defining the remake. It’s the supplemental stuff that accomplishes this. There’s simply more happening in the remake. Everything is denser and more detailed, just as you’d expect. There’s always dialogue spouted from someone, and it goes a long way toward filling the game in. An extended countryside drive in chapter four even has its own new Goodfellas-like “How am I funny? Am I funny like a clown?” moment.

As for how Mafia plays, the game’s opening chapters are so breezy that it’s almost tough to get a feel for its mechanics. There’s a lot of driving — maybe Taxi Driver rather than Goodfellas is the better Scorsese analog — and Hangar 13 really modernized how vehicles feel. They’re a lot more fluid than the 1930s clunkers they are. In the opening segment, you’ll notice that your car handles nicely and then tops out at like 50 MPH. It’s almost jarring.

(Also, another example of how the remake shakes things up: The opening getaway chase has you leading opposing gang cars to obstacles that are spaced apart on the city streets; the original simply had you “lose the tail” by driving away fast.)

The combat, which was mostly just shown off in the tenth chapter, is practical and fine. It’s simple by modern third-person shooter conventions, but that’s probably okay. It seems more nuanced than Mafia II, even if it really is just a standard cover-shooter. Molotov cocktails are fun to throw, but that’s more of a video game thing than uniquely a Mafia thing.

One of the undeniable highlights is the recreation of Lost Heaven (a fictional city but functionally Chicago). In my very brief time getting around town, it feels lively and special. However, I don’t know if there’s going to be any reason to explore it. Like Mafia II‘s Empire Bay, it kind of seems like Lost Heaven will be an open world for a linear game. I’m not sure if there are any open-world trappings in the remake. A mechanic told me to come stop by his shop for some sort of task, but the preview build fast-forwarded before I could find out if that’s busywork or story-related.

I came away impressed and optimistic after three hours with the Mafia remake. I like the delicate touch that Hangar 13 is handling the source material with. It pays tribute but it also modernizes the game in necessary ways. This might be the Mafia game that finally amounts to both a good mob story and an enjoyable facsimile of being a gangster.