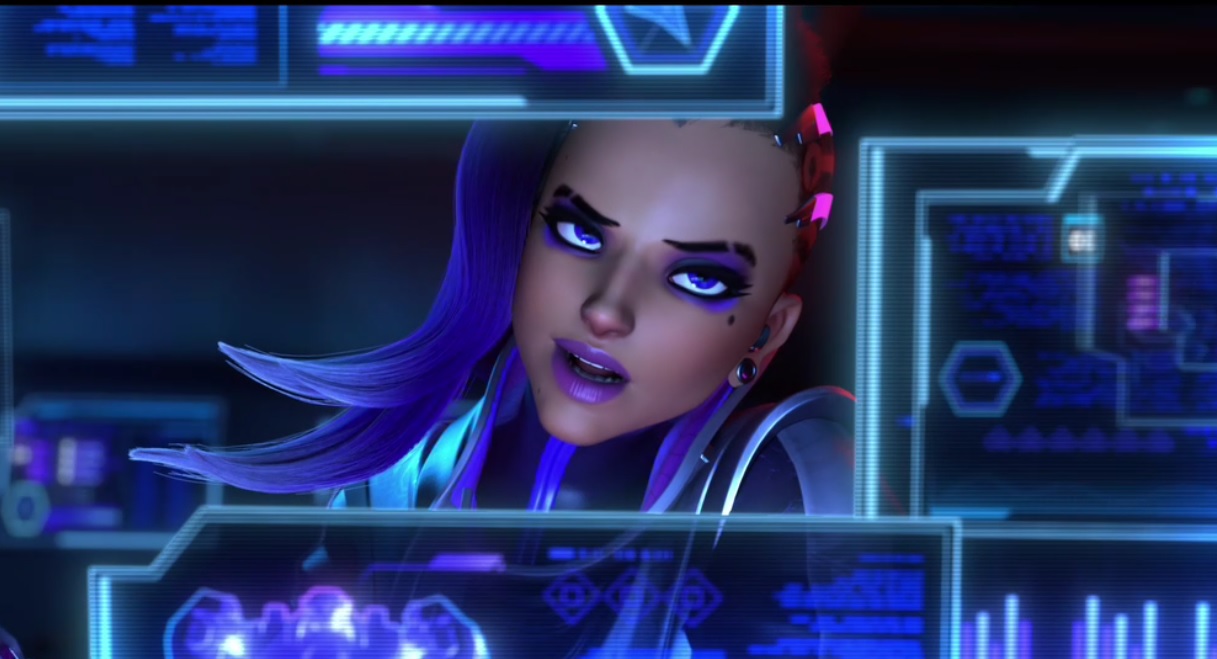 It has been a long journey, one that dates back to Overwatch‘s original release, but we finally have confirmation: Es Sombra!

The first bit of news at BlizzCon 2016’s keynote was the reveal of Overwatch‘s next hero, Sombra. Spicing up the announcement is a six-minute animated trailer that provides some context for her arrival.

Blizzard president and CEO Mike Morhaime described her as a stealthy offensive infiltrator who can hack enemy abilities. Players on Blizzard’s Public Test Realm get to try her out next week; a date wasn’t given for when she’ll release in full on all platforms. People at BlizzCon have the opportunity to try her out this weekend.

Alongside Sombra, two new maps were announced. Antarctica-based Eco Point hosts a new arcade mode, and will hit the PTR next week. The other is Oasis, which is a control-style map. We’ll learn more about that in December. But for now, Es Sombra!