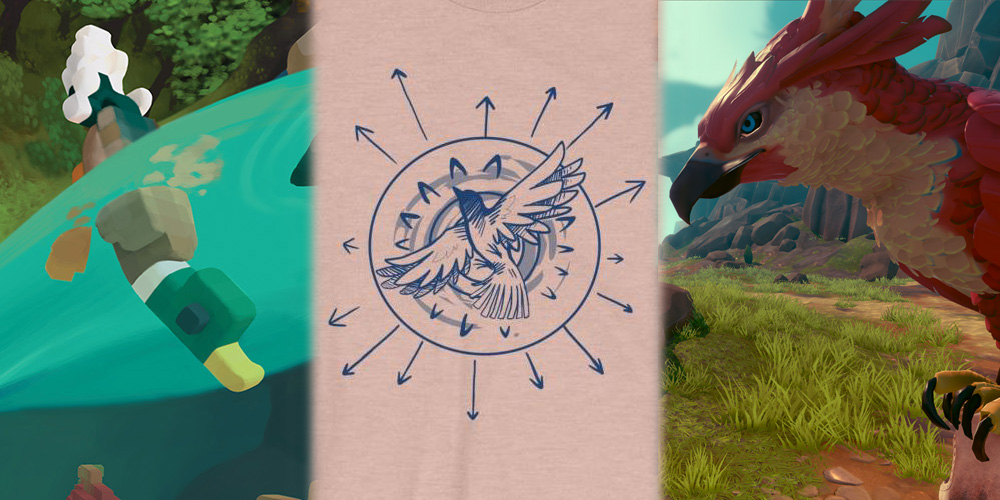 Feather, Fugl, and Falcon Age signal a new trend for the F-word

Limbo features a lot of deaths, but as many have written about before, these deaths can be interpreted as a protest to the lax attitude most games take towards violence. Back in the old days, if a parent caught one of their children smoking a cigarette, they might force their kid into a closet and refuse to let them out until they’ve smoked the whole pack, with hopes that it will turn the kid off from the habit. Limbo‘s consistent, oppressive murder scenarios feels the same way, though it didn’t do much to turn people off from morbid indies.

The American Dream is also thoughtful about its destructive impulses. It is all about gun violence, but passes on death in favor of a more palatable parody of American gun culture. It’s clear that the developers of the game love the mechanics of shooting, but aren’t necessarily crazy about the concept of shooting people. Likewise, the team behind Monday Night Combat clearly had passion for gunplay-as-sport, but they never embraced the gritty, sadistic side of shooters.

None of these games fully embrace the primitive, violent part of the brain. Maybe that’s why many of the people who worked on them are making non-violent bird games now.

Feather comes from the team behind Screencheat and The American Dream. They’ve been working on it off-and-on for about three years, and it just saw release on Switch and Steam. It controls a lot like Star Fox, but instead of shooting, you can tweet. You also can’t die. Crash into something too hard, and time rewinds a few seconds and you start right over. It’s incredibly relaxing to just soar around and look for secrets. If that gets lonely, you can also jump online and join a flock of like-minded birdies who just want to take it easy.

Gorm Lai worked on the Mac version of Limbo, tasking him to get into the game’s world in a very intimate way. I can only imagine how many times he had to experience each of the game’s brutal deaths while in the coding and debugging process. That may be why Fugl, his current project, has no deaths at all. That’s just one of the ways it resembles Feather.

In fact, if it weren’t for the fact that both Feather and Fugl have been in development for so long, it might be easy to think that one copied the other, in the tradition of the Antz vs. A Bug’s Life blood feud of 1998. The biggest differences are Fugl has no multiplayer flock system, but it does give you the ability to transform into a dolphin. Also, everything is made of voxels, making it a totally different visual experience than just about any other game of its type. Fugl has also been out in Early Access for a while, though the complete game isn’t scheduled for launch until this year.

Falcon Age differs from Fugl and Feather in that you don’t actually play as the bird. Coming from some of the lead developers of Monday Night Combat, the game is more about getting to know and love a fine-feathered friend through thick and thin. It does have the option to make enemies completely ignore you though, which makes it much more of a soft-puzzle and pet sim. The fact that it’s set for release in 2019, right next to two other no-kill fowl-focused adventures was too interesting of a happenstance not to take note of.