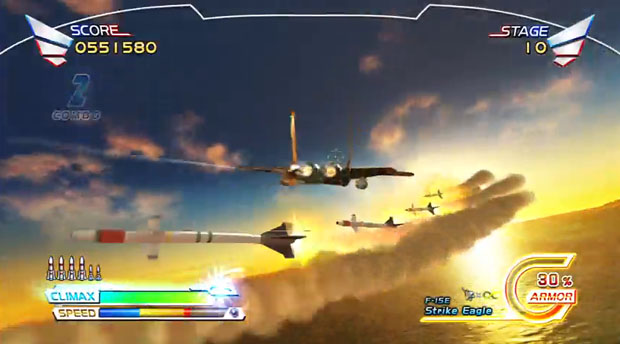 That’s good to see. Remember the old days when they’d call a game an “arcade-perfect port” or some related nonsense? Bullsh*t, every time. The PS1 and Sega Saturn days had the worst offenders. I think one of the Virtua Fighters was one of the first I saw that made me think they were right for the first time. They were f’n liars before that.

They dont’ even say that anymore. Isn’t that sad? It’s still a selling point to me, though. After Burner Climax’s console trailer could say that and be accurate, as it looks as “pixel-perfect” as they come. Shiny water, smoky missiles, skylines light by twilight. Beautiful. Now we know it’s coming to the US and EU.

I like the idea that you can spend $50-60 and get an arcade game at home. I kind of miss that, as you only see that in fighting games these days.