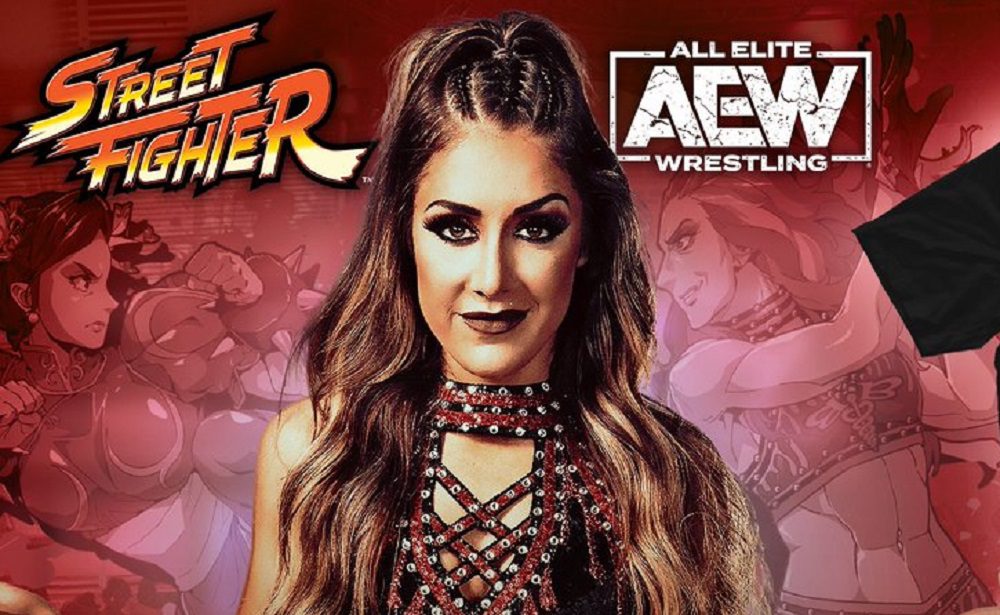 Capcom has teamed with AEW to produce a run of shirts that feature the pro-wrestling promotion’s top stars pitted against legends from the Street Fighter franchise. The shirts, which are available to pre-order right now, will only be made available for sale until February 9, at which point they will be discontinued.

There are three shirts in the range, which see Bryan Danielson squaring off against Sagat, Darby Allin battling Dhalsim, and The Strongest Woman in the World, Chun-Li, take on dastardly dentist Dr. Britt Baker. The shirts are designed and produced by apparel maker Nerds Clothing, with whom Capcom has collaborated to produce shirts based on the developer’s classic franchise.

These new shirts represent the latest in a number of Capcom/AEW collaborations, with a previous line of shirts featuring Cammy vs. Hikaru Shida, Gule vs. John Moxley, and Ryu, Ken, and Akuma, vs. Kenny Omega and The Young Bucks. The collaboration is a perfect fit, given that AEW is, frankly, full of massive nerds. I mean that as a compliment, Internet Wrestling Community. Simmer down.

If you’re interested in any of the new shirts, then you can get your order in right now over at the official AEW store. It’s worth noting that the Street Fighter x AEW shirts run a pretty princely $38 price tag, not including shipping. Again, the shirts are only available until February 9, so move fast if you want in.

Oh, and let me know when they do Janai Kai vs. Juri, it practically writes itself.