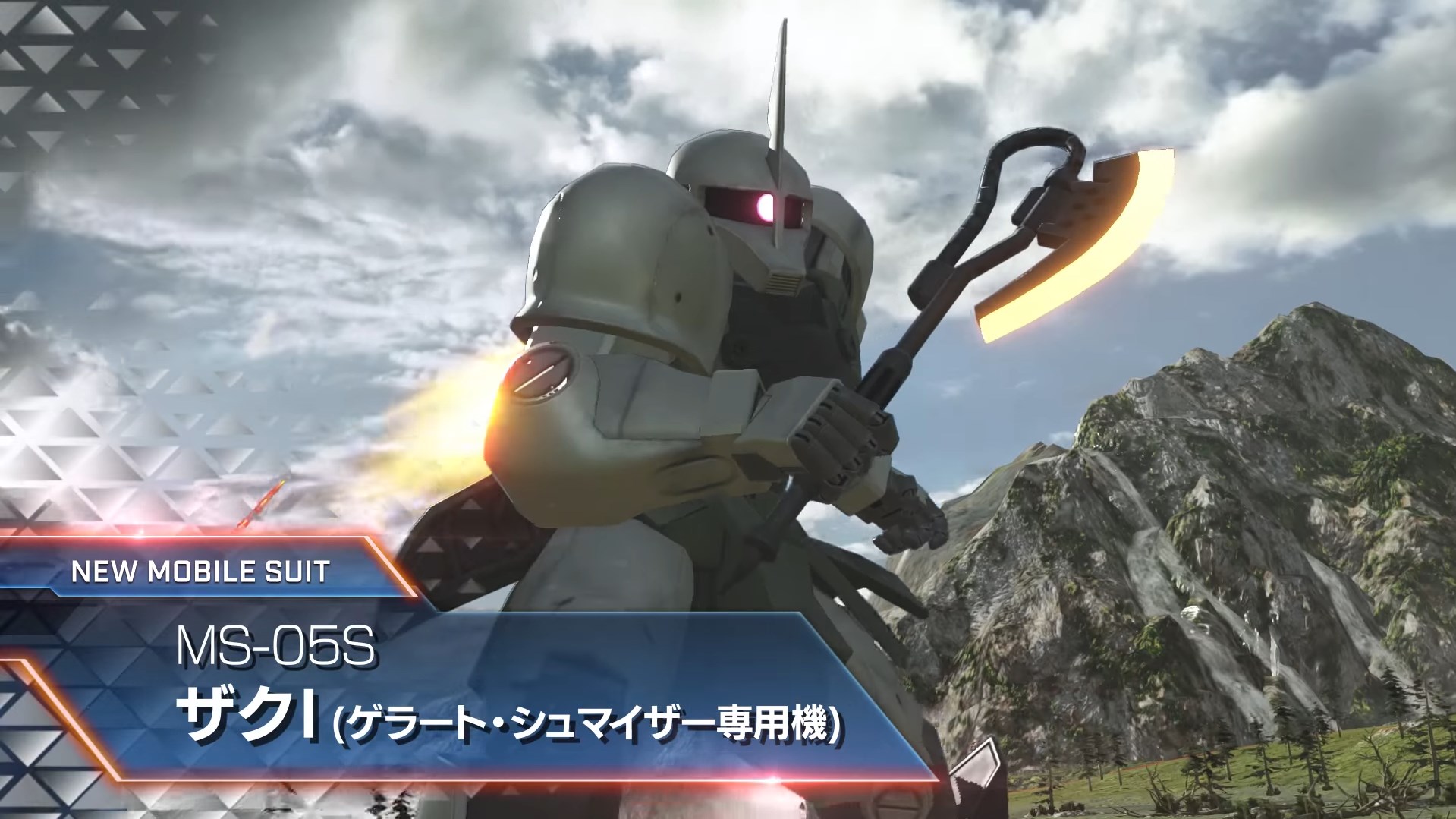 It’s been a busy week for Gundam Versus to say the least. In addition to the on-time release of the Atlas Gundam and Zeydra DLC, Bandai Namco has dropped two trailers for next week’s DLC and revealed two more DLC units. The new DLC is the most notable aspect, as it introduces another franchise entry into the game, but also brings in one of, if not the, most demanded characters.

The Aegis Gundam and its pilot Athrun from Gundam SEED are coming to the game.

So before we dig into the newly announced DLC, let’s take a look at the trailers. First we have Raider Gundam. Personally I don’t really care for it as I’m not really a fan of Gundam SEED. That being said, it looks cool, but also looks like a pain in the butt to approach from a ranged and melee perspective. That missile burst attack towards the end looks like it will be hard to land however, and it seemed like the victim in the trailer stood in place to let it land.

On the other hand we have the Zaku I. On top of making everyone think “Is that Heihachi’s voice?”, it has some very interesting mechanics going on. Unlike most weapons in the game, when the main and sub weapon run out of ammo, they are switched to an entirely different weapon, much like the Gouf Custom abandons its gatling gun when it runs out. In addition, it has a nasty shield charge, allowing it to soak damage while getting in close, although it’s not clear if it can soak a giant hit that does over 100 damage, or if that will instantly break the shield and damage the Zaku 1. I’m also curious how the smoke grenade mechanic works in regards to the affected target. I was going to pick this up for the included music, but that tool set means I’ll be putting in some serious lab time with it.

In regards to the DLC, there are two new units. Both will be coming out on December 12, and will run the standard $5 USD. The first is Aegis Gundam from Gundam SEED, which comes with the usual bare minimum content. The other character is a GM Sniper II that belongs to White Dingo Squad, the protagonists of the Dreamcast game Gundam Side Story 0079: Rise from the Ashes. Unlike certain other DLC characters, this will include two songs from the game rather than one. These songs are “Sharp Fangs” and “Rise from the Ashes.” It should be noted that the GM Sniper II will be the first 200 point DLC character, which means if you are not skilled at the game, it is hard to recommend picking it up.

On that note, Gundam Versus has now reached $100 USD worth of DLC released across 20 characters. Not sure what to say there other than congratulations on the milestone, other than release some affordable bundles already for goodness’ sake. Don’t go down the road of Dead or Alive 5, nobody likes milking of that magnitude, especially for playable characters.