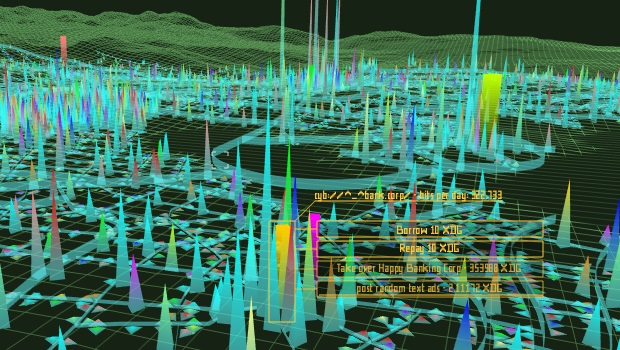 AdverCity… I see what you did there

Whether it’s down to our ever growing dependency on technology or fears about our privacy, cyberpunk has never been as in vogue as it is now. Hence the recent Cyberpunk Game Jam which resulted in some cool-looking games, one of which is AdverCity from UK indie studio Voxel Storm.

It’s a tycoon game where players have to plaster a city with adverts to win influence and whilst it’s looking quite basic right now, AdverCity is nailing the neo-cyberpunk style that I’m a big fan of.

The core of the game has been written in just over a week and is now moving into full development for PC, with Mac and Linux versions to come along with Oculus Rift support. The idea of using a Rift to jack into a procedurally-generated, virtual city that looks like a massive infographic is something I really want to try.

You can grab the alpha version of the game for just £10.50 right now but that price will go up once a forthcoming Kickstarter campaign is underway.