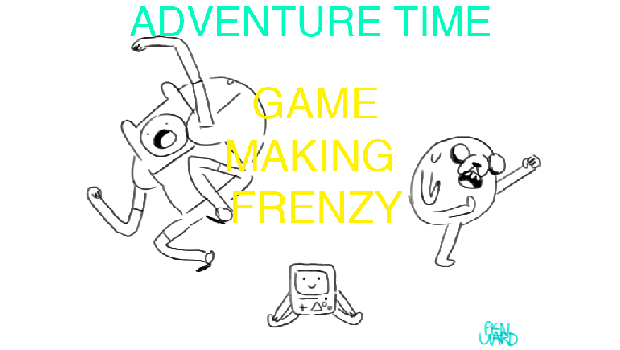 Starting today, game developers from all over the World Wide Web will be holding the first ever game jam dedicated to Adventure Time. Series creator Pendleton Ward kicked off the event himself, live form the internet. He did a weird job.

Participating developers will have the next 48 hours to make an original game based on the top-rated, award winning animated series. Reports are that Super Hexagon‘s Terry Cavanaugh and members of Super Crate Box‘s Vlambeer will are a few of the creative minds invovled. Accoding to the jam’s official site, it’s not too late to get involved yourself, but only if you’ve got the notion.

I’d like to get involved, but I’ve still got all this Wii U event coverage to attend to. If I had my druthers, I’d put together a Point-And-Click Noire Adventure game starring BMO. It’s time that Lorraine got her comeuppance.

Hopefully these jams will become regular events. If so, count me in.