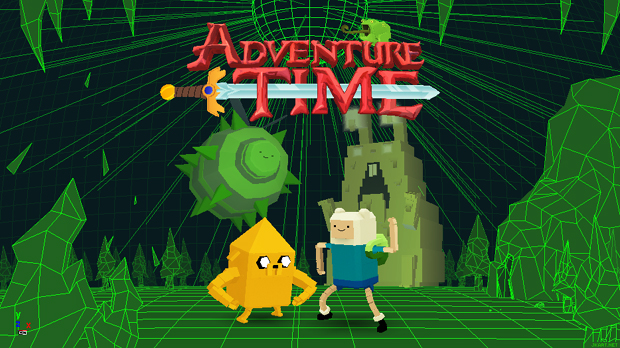 We’ve already heard a lot from Pendleton Ward, creator of the hit show Adventure Time, about his interest in making a game based on the property. Up until now, I was excited about the prospect of an Adventure Time game. Now I’m not so sure.

Previously, Mr. Ward said that he wanted to make an Adventure Time game that’s like a cross between Katamari Damacy and Monster Hunter. That sounded awesome. Now he’s saying that he “… think(s) games are amazing for telling stories. I don’t think that people do that very often. I think story isn’t always the most important thing to game designers, but I wish it were. I think that the best games have stories, and when I eventually make games, story will be front and center.” Quite a not-awesome contradiction, considering that Monster Hunter and Katamari Damacy don’t have real storylines.

Read on for a brief write up on why Mr. Ward’s focus on story has me a little worried.

I don’t know what it is about people who work in television and film that makes them want to shoehorn story into gaming. I think it must have to do with the storyteller’s culture in those industries, the ingrained belief that stories are what matters most, not all the other things that make film great. Sadly, it seems a lot of these brilliant creative minds don’t understand what makes their own work worthwhile.

Adventure Time is a perfect example. For the most part, the show doesn’t have much of a story. In fact, some of the best episodes of Adventure Time (like the one with the horse, the one where the Care Bears party in the body of a giant weird thing, and of course, the videogame episode) have almost no story. In fact, it’s the near-nonexistence of plot in these episodes that allows you to just focus on being with the characters, sort of like My Dinner with Andre for fans of cartoon surrealism. Narrative and plot take a backseat, so the show’s incredibly charming, genuine, and good-natured characters, and the imaginative and unpredictable world they live in, can take the spotlight.

The same is true of most of my favorite videogames. The fact that the story of Monster Hunter dictatea that you have to catch a wild Ludoth, or that the story of Katamari Damacy dictates that you roll up a wad of crap the size of a continent, is almost immaterial. It’s the fun that you have in the process of making all that amazing stuff happen that makes those games tick. That’s true of most of my other favorite games. The explicitly told narratives of Super Meat Boy, Animal Crossing, the Mario games, the Zelda series, Pac-Man, River City Ransom, the Resident Evil titles, Chrono Trigger, all don’t really mean that much to me. It’s the gameplay, the characters, and the world that they inhabit that matters.

That’s also true of some of my favorite films and TV shows. The events that occur in the Star Wars movies, the films of Studio Ghibli, and shows like Arrested Development and FLCL are almost inconsequential when taken on their own. In fact, you can sum up the events in some of those stories in a few sentences.

In Star Wars, a guy meets some droids and an old man. His aunt and uncle get murdered, so he goes on a rescue mission in space with the old man, the droids, and a jerk who wears a leather vest. They save a princess, then the old man gets killed. That probably should be the end of the story, but then they tacked on an extra scene where the guy blows up a big moon-shaped spaceship. The End.

In Totoro, two kids run around the town and in the woods, where they meet cute furry things of various sizes. Later, one of the girls goes missing. With the help of a giant Catbus, they find her. Then their mom comes home from the hospital. The End.

Those stories don’t mean much on their own, do they? It’s the worlds that those characters exist in, the significance of the characterization of each principal player, and the way they interact with each other that stick with you (not to mention the amazing music, acting, direction of photography, and editing that make them come to life). If you tried telling the story of Star Wars or Totoro with different characters, with different music and art direction, and in alternate worlds, you’d have completely different (and probably worse) movies on your hands. Again, that goes triple for most videogames.

Why waste the opportunity to utilize the superior medium of videogames, where the shackles of linear narrative can be easily broken, by intentionally weighing it down with more linear narrative?