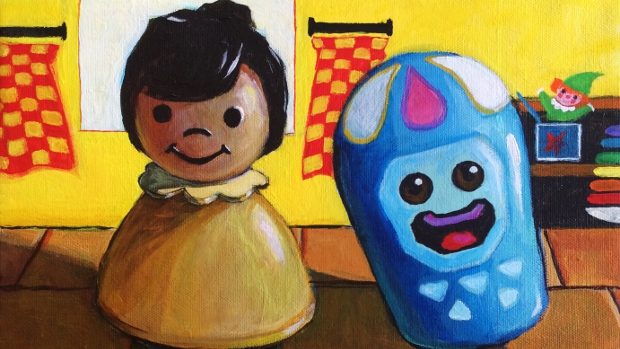 Indie developer RosePortal Games has been working on an adorable adventure RPG called Unraveled, about a young girl with a wild imagination searching for her lost parents. The story is based on real events, inspired by a documentary about ship breaking yards in India called The Wire Nest. It’s not something we hear about everyday, so it’s cool to see games tackling such ideas.

There’s a lengthy demo available on their Kickstarter page. It seems as though the game is already coming along nicely. It feels a lot like Chrono Trigger meets Papo y Yo. The developer’s incentive for using Kickstarter is mainly to bring the game to more platforms and to hire on additional help, but even if they don’t reach their goal, they still plan to release the game on Windows at the very least.

However, some of their stretch goals are quite interesting. At $40K, they can get Destructoid’s old corgi-loving Editor-in-Chief, Dale North, to compose a full-length score! They have even arranged for Hiroki Kikuta, composer of Secret of Mana and Shining Hearts, to help them out at $50K. At this point, these goals are looking unlikely, but it’s an exciting prospect at least.