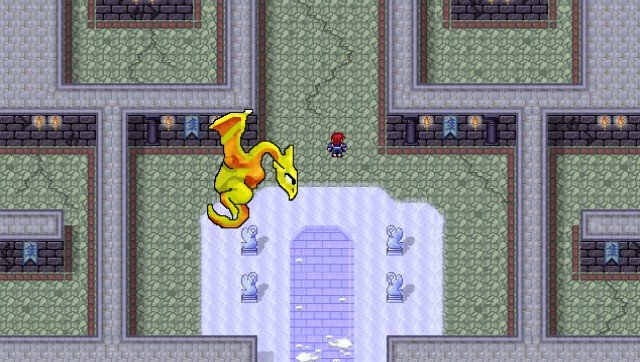 Do you guys remember Adventure for the Atari 2600? No, you don’t, because the game was released in 1979. My mom was 21 years old at the time and, for all intents and purposes, she probably rode a pterodactyl to work.

For those of you too lazy to look it up on Wikipedia, Adventure‘s premise involves questing through an overworld in search of a golden chalice and bringing it back to your home castle. That seems simple enough, but a giant-assed bat randomly steals and drops items — keys, swords, and f*cking dragons — which complicates the whole affair. In fact, the large overworld, complex mazes, and the Bat’s erratic behavior were supposed to be more than the Atari could handle, but creator Warren Robinett managed to fit it all in. He also included the very first Easter Egg in games history, which reads, appropriately, “created by Warren Robinett.”
Thankfully for us modern philistines, a team of Penny Arcade forum members have created an unauthorized remake called Adventure 2600 Reboot. It includes new 16-bit graphics, actual music (the original score was just bleeps and bloops), a more user-friendly interface, and a few gameplay tweaks, the most important of which regards the Bat’s behavior.
The project took about seven months of work, according to a GameSetWatch interview with William Stiernberg, who coded and designed Reboot. The interview is pretty interesting, and Stienberg talks about a lot of the design choices the team had to make. You can find more information about Adventure 2600 Reboot, the team that made it, and how to download it here.
Did I mention that the original has awesome box art (especially compared to its prosaic title)? Well, it does. Hit the jump to see a gameplay video.
[via Waxy.org and GameSetWatch]