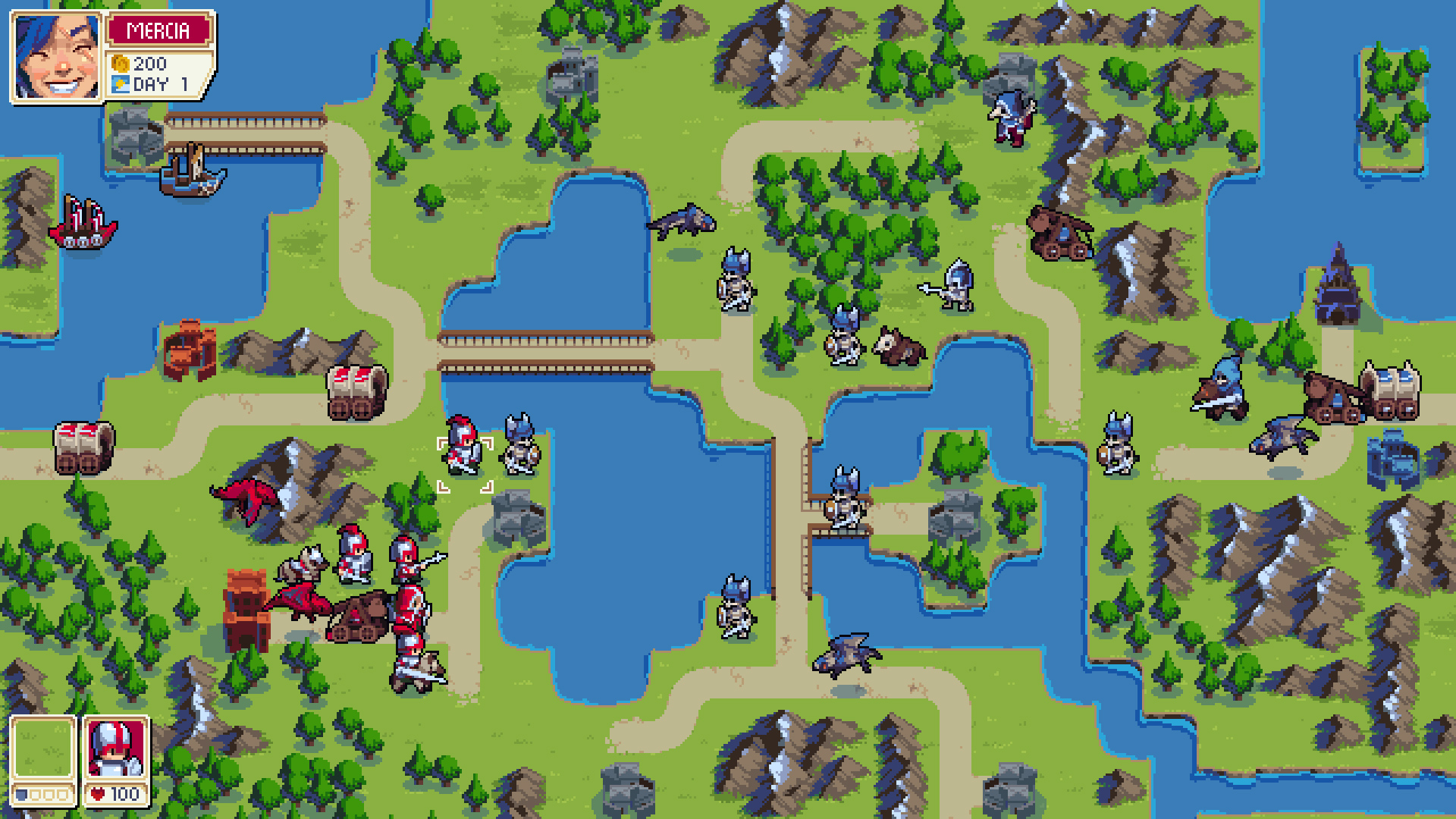 Coming to Nintendo Switch this year

This morning was full of announcements about independent games that will support the Nintendo Switch, and while there’s a lot of good stuff to dig through both old and new alike, one game in particular has my attention. It’s WarGroove, a turn-based strategy title for up to four players that has Advance Wars and a touch of Fire Emblem in its DNA. The latter series has seen plenty of love, but the former? I’ve been desperate for something, anything, that resembles Advance Wars. This is it.

“As big fans of those games we were disappointed to find that nothing in this genre was available on current generation platforms and set out to fill the gap ourselves,” says developer Chucklefish. “WarGroove aims to recreate the charm and accessibility of the titles that inspired it whilst bringing modern technology into the formula.” We’re right there with y’all.

WarGroove is said to have four factions with twelve-plus commanders who will have their own campaigns, a map editor, local and online play, and even co-op support. It’s confirmed for a release on Nintendo Switch sometime this year, with other platforms to be announced.