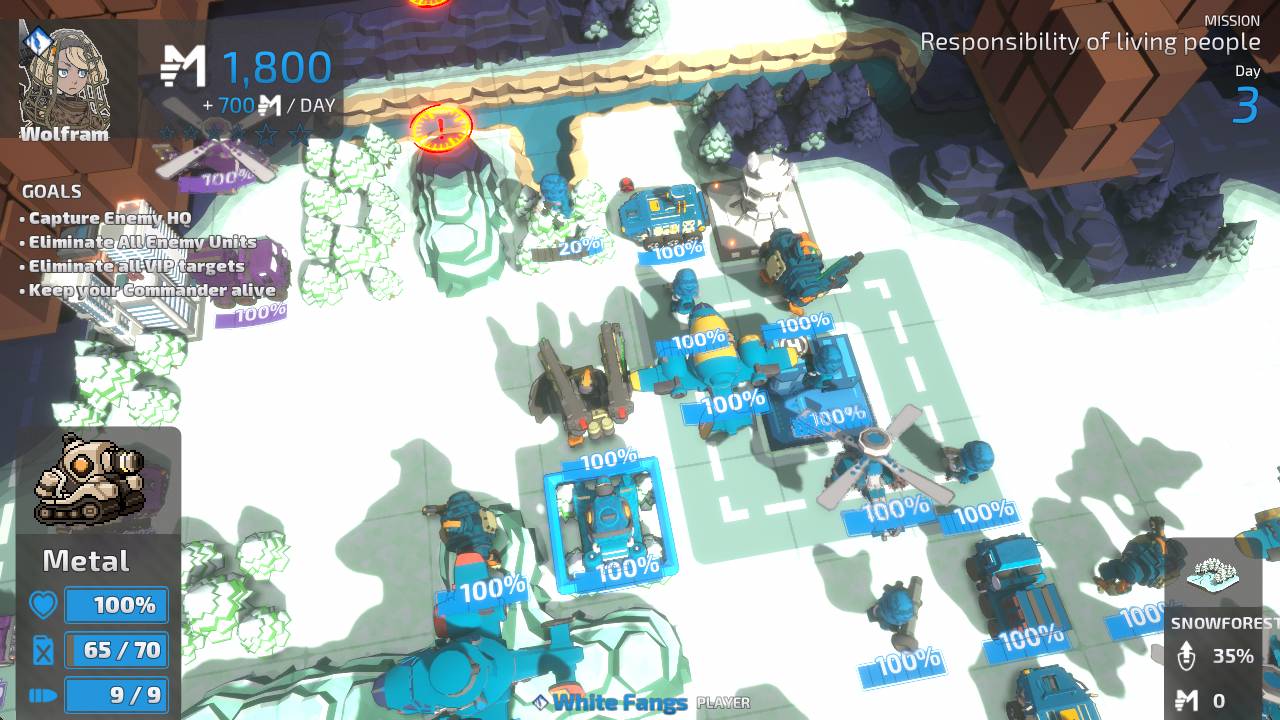 The original Tiny Metal was released on PC, PS4, and Switch at the tail-end of 2017, and now the follow-up is nearly here. As announced with an official YouTube trailer, developer Area 35 has revealed that Tiny Metal: Full Metal Rumble, the sequel, is due on July 11 on PC and Switch.

Full Metal Rumble features a campaign that’s 39-maps strong, along with a skirmish mode (with 77 maps), and multiplayer concessions (21 maps): English and Japanese audio are also confirmed. At this point the Switch has a decent amount of non-Fire Emblem strategy games to choose from, so it’ll be interesting to see where it stacks up against the existing greats like Wargroove and Into the Breach.

Speaking of, there’s a new Fire Emblem due next month on Switch! Full Metal Rumble is beating it to the eShop by a scant few weeks.