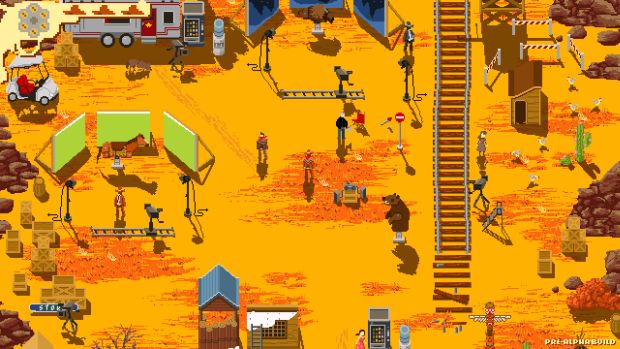 Adult Swim’s presence in gaming continues to rise, and their next selection of games they’re publishing are all head turners. Oblitus is developed by Connor Ullman, and follows the tale of a spear-wielding creature who seeks to discover its purpose in life. Gameplay inspirations include Dark Souls and Shadow of the Colossus, with roguelike influences from Rogue Legacy, and Spelunky.

Next up is Westerado: Double Barreled, an expanded version of 2013’s Westerado. There’s going to be a larger world map with new locations, new in-world events such as ambushes, new NPC types, new action scenes, new weapons like shotguns and bolas, upgraded gun-versation system, upgraded hat system, new subplots, and unlockable player types. You can also expect controller support, 720p/1080p HD, multiple save slots, and Steam-specific features such as trading cards. This one will be out late 2014.

Finally there’s Rain World, the game about slugcats! It’s essentially a game where you’re a cat crossed with a slug, and you go around stabbing other creatures to eat them. It also looks great!

All these games will be playable this weekend at the Adult Swim booth during PAX East 2014.