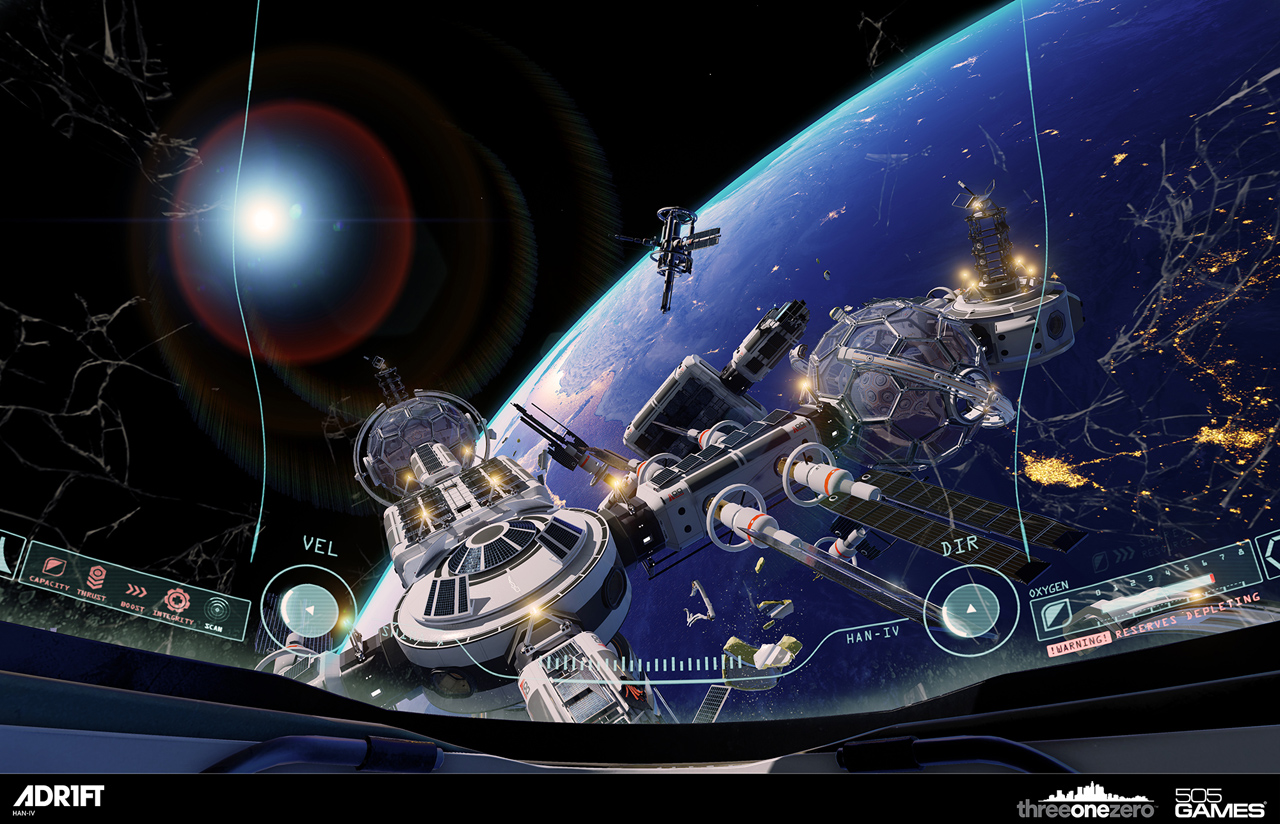 Stranded in space, alone, and low on oxygen. That’s the setup for Adr1ft, a nerve-wracking exploration game in development at Three One Zero. It’s now releasing in Q1 2016 for PC.

As revealed alongside today’s Oculus Rift developer conference, Adr1ft will be a day-and-date launch title for the virtual-reality headset. If you’d rather play on a console — say, PlayStation 4 or Xbox One — the latest word is that “additional SKUs and platforms will be announced in the future.”

Brett played it using the Rift. I tried it without the headset and still felt anxious.