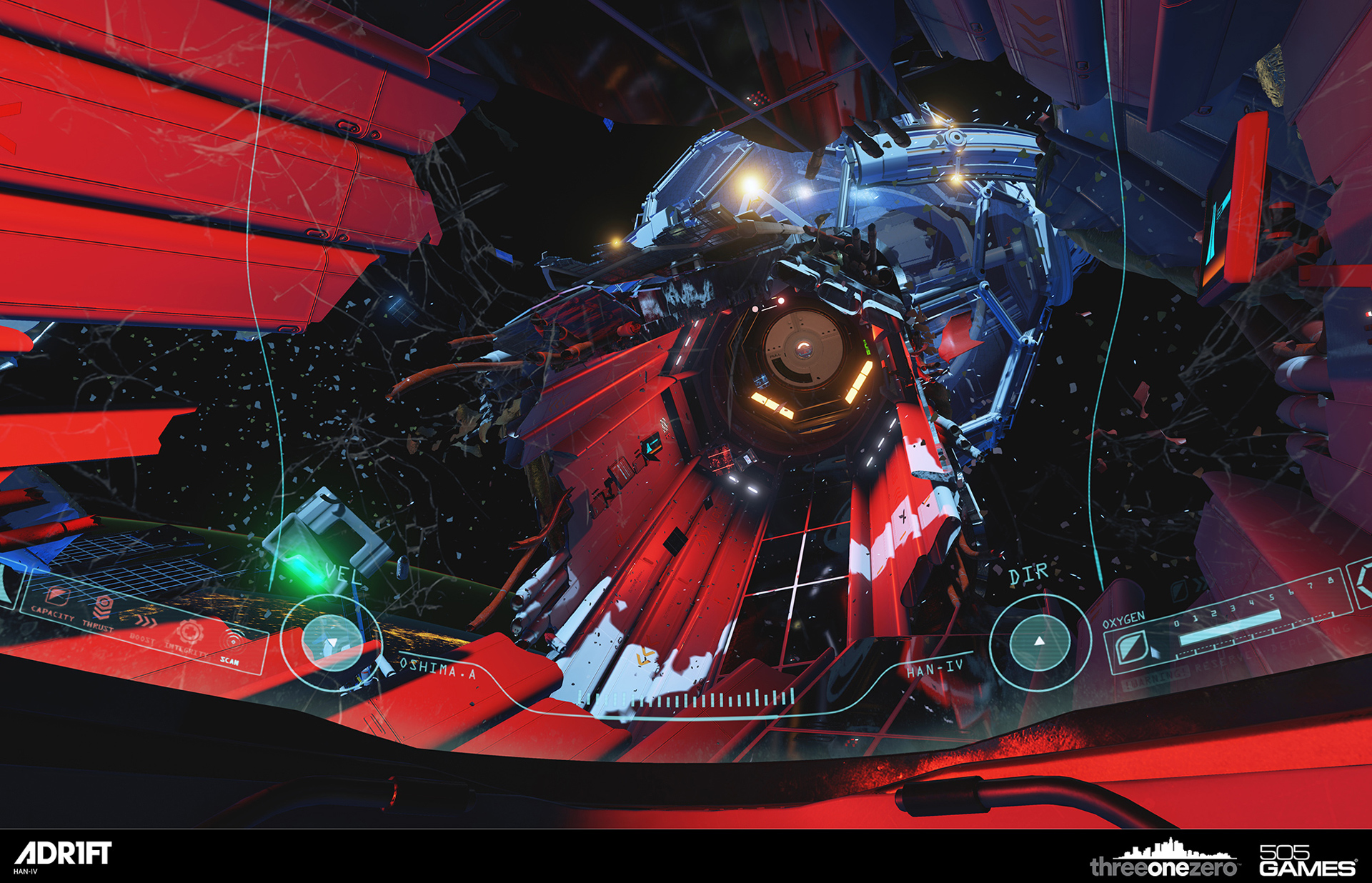 Stave off suffocation in space

I’m anxious about playing Adr1ft. Every moment I spent with this lonely, immersive, surprisingly vivid game about an astronaut stranded on a damaged space station with an equally damaged suit was full of tension. Will my next breath be my last? You never stop wondering.

Three One Zero has essentially taken Sonic the Hedgehog‘s drowning countdown music and stretched that uneasiness into a full game. Every single second is precious.

You can extend your life, if only for a short while, by reaching stray oxygen canisters. There’s debris everywhere, some of it harmful, some of it helpful. This is a hostile environment, but there are audio logs and mementos to pick up from your fallen friends. Also, crucially, suit repair stations. These things all come at a hefty price, though: time. There’s simply not enough of it up here.

Late last year, Brett covered Adr1ft and detailed its unlikely inspiration. What I saw and played at a pre-E3 event was much of the same content, only more polished. There was no puzzle solving in this initial chunk of game, only death. I strayed to investigate a distant lifeless body and the trip proved too lengthy. I suffocated. Horrible way to go, but my last sight, the earth, was majestic.

Given how little of the game I experienced, I’m unsure what shape Adr1ft will ultimately take. Movement feels right, though, that I can assure you. Plenty of freedom, but not so much control that it’s overwhelming. You have to be mindful of your surroundings. The sound design — the stuff that actually makes gasping for air so damned horrifying — is similarly great. Enthralling.

I’d say I’m looking forward to playing the finished game but, well, I’m dreading it. Even without a virtual-reality headset, it’s that nerve-wracking. Space doesn’t need Xenomorphs to be scary.