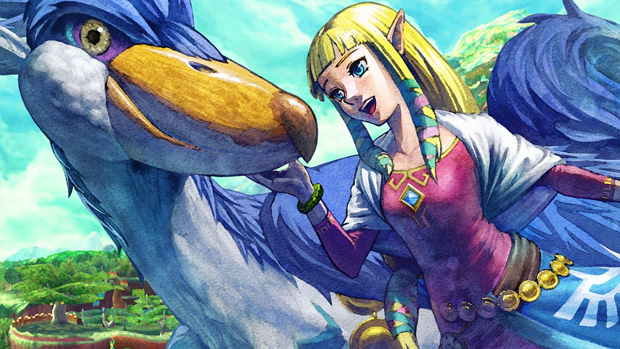 Extended lyrical version of “Ballad of the Goddess”

I got more than a little excited during the opening cutscene of Skyward Sword when Zelda started singing “Ballad of the Goddess.” With an actual voice! The lyrics were gibberish, meant to represent whatever pre-Hylian language the Skyloft people spoke, but it was still beautiful. And then she never sings again! The hell is this!?

Nintendo may not want to give us an extended vocal version of “Ballad of the Goddess,” but the super adorable composer of Plants vs. Zombies, Laura Shigihara, is more than happy to take a crack at it. She lays down a piano track, makes up some fake Japanese-sounding words, and bada bing bada boom!