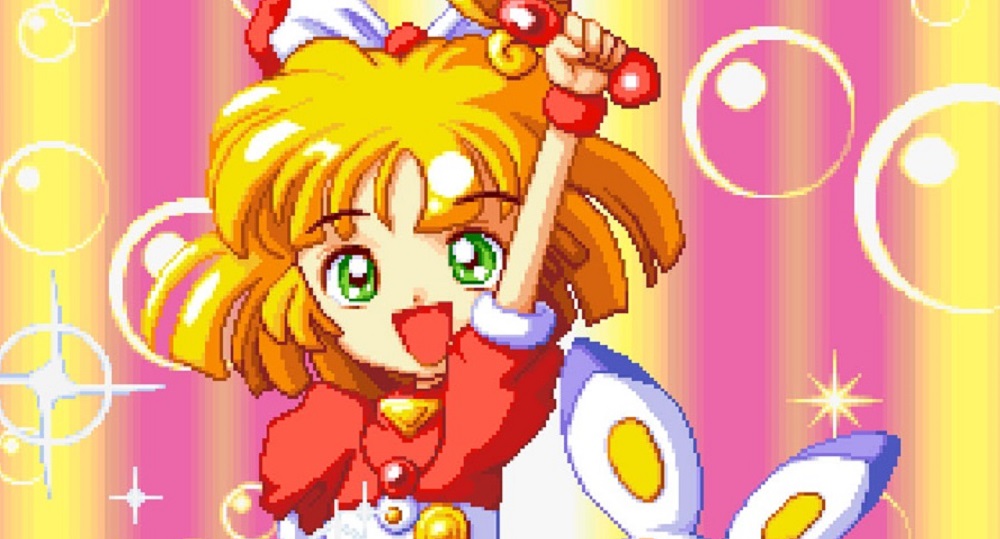 Those delightful retro-enthusiasts at Hamster have brought something a little different to the table for this week’s Arcade Archive re-releases. From the mid-90s, Twinkle Star Sprites is a very colourful and cute anime shmup that might appeal to fans of games such as Pop ‘n’ Twinbee.

Originally launched in arcades and for the Neo Geo platform in 1996, Twinkle Star Sprites eventually made its way to multiple home consoles including the Sega Saturn, Sega Dreamcast, PC and PS2. It features one or two heroes engaging in vertically-scrolling warfare against a battalion of enemies far too adorable to shoot.

Featuring an array of different mechanics including leveling weapons, contextual damage, a chaining combo system and custom bosses (dependent on the character chosen by the player), Twinkle Star Sprites has some extra levels of depth to go along with its lovely pixel graphics and not-so-lovely Neo Geo synth score. I’m also pretty sure it culls some of its voices from King of Fighters ’96. Guess you gotta save that dollar.

If you’d like to check it out, then Twinkle Star Sprites is available now on PS4 in Japan and Xbox One and Nintendo Switch worldwide, priced at around $8