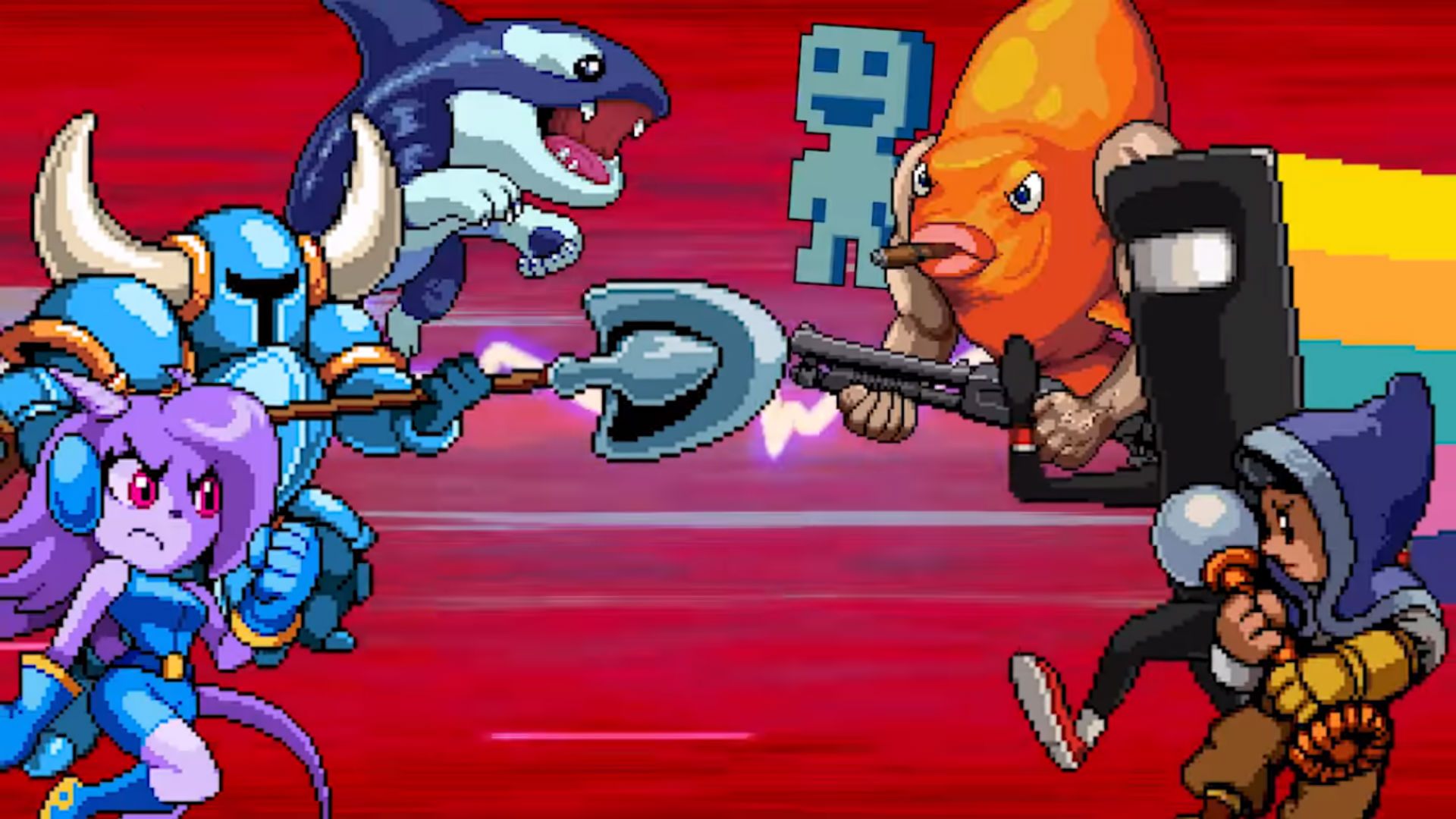 What differentiates Indie Pogo from other platform fighters is the neat twist of never staying still. The characters will auto-jump, which forces players to not only be aware of their surroundings constantly, but watch out for opponents who can either jump on top of them or knock them off of the stage.

There are currently 50 studios lending their properties and characters to Indie Pogo, so I can’t wait to see what the final product holds. Indie Pogo is currently in the midst of a Kickstarter campaign, with stretch goals intending to port the game to multiple platforms should it be successful, so check out Lowe Bros.’ Kickstarter or donate if this grabs your attention.