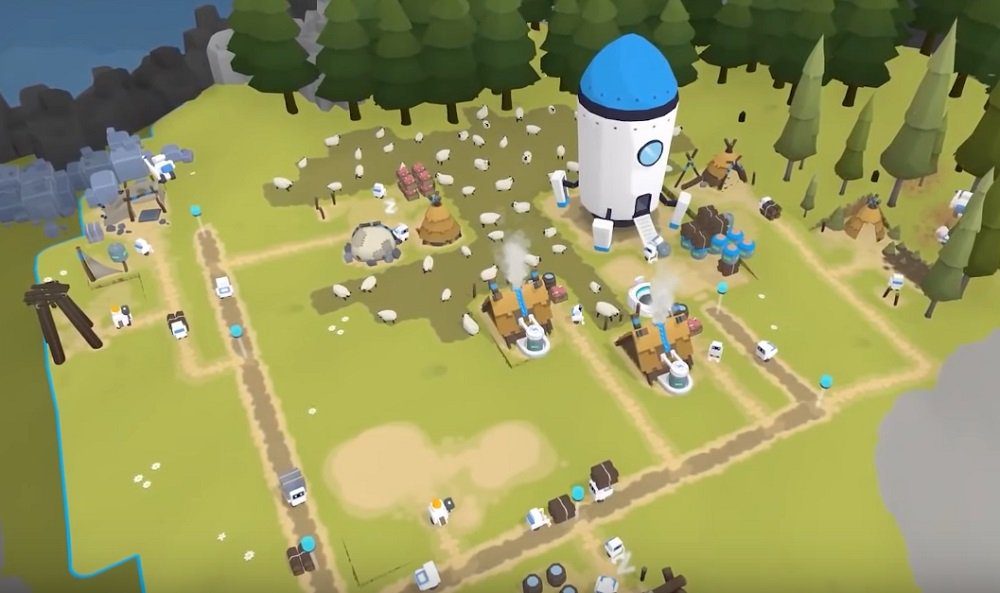 Publisher Auroch Digital, in association with indie outfit Mode 7, has announced that it is bringing The Colonists to PS4, Xbox One, and Nintendo Switch on May 4, following the super-cute bot-builder’s previous release on PC, waaaay back in October 2018.

The Colonists tasks players with building a fully-functioning society of adorable droids, effectively managing a self-replicating squad of bots as they create a sprawling and peaceful settlement to cater to their every need. As three ages pass, players will keep on top of the changing technology – providing homes, transport and resources to keep the cyber city and its populace content. Harvest and refine materials such as metal, wood, stone and fish, create farms and factories, and research new and more efficient technology to turn your small settlement into an expansive haven.

The console ports will feature all of the content of the original PC release, complete with a fully overhauled control scheme, a more accessible UI and player interface, and perhaps most importantly, a new selection of hats for your robot pals. Two campaign tracks offer single-player and Versus missions, while a Sandbox mode lets players simply build and re-build to their heart’s content.

So if you need a break from all the punchin’ and killin’ of the gaming world, then perhaps take time out with the happy-go-lazy pace of The Colonists. After all, who wouldn’t want to help out this lil’ dude?