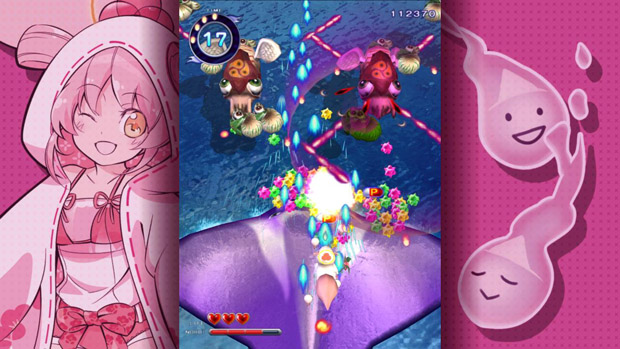 Our friends at Guili in Japan were kind enough to share these new screens from the upcoming Japanese Xbox 360 shoot-em-up Mamoru-kun wa Norowarette shimatta, or Mamoru-kun is Cursed. This is a vertical anime-styled shump originally released in arcades for Sega’s Naomi arcade system, but is now coming home with a new story mode and characters (available via DLC).

On top of some *cough* shota-kon action, the game has a cursing system that allows players to put a spell on enemies, putting them in a rage. This changes their attack pattern and temporarily makes them weaker, and also increases scoring items earned when they are taken down. Players can even curse themselves as a short-term power up.

Japan will see the release of this collaboration between Guilti and G.rev (makers of Senko no Ronde) in June 2009. It will come in both a standard (6,279 yen) and limited editions (8,925 yen), with the latter coming with a play guide DVD and soundtrack.

I don’t know if Mamoru-kun will come overseas, but we don’t have enough cute-’em-ups yet, and this one looks really good. Maybe if we make enough noise about it, someone will take notice.

For now, check out our screenshots in the gallery below.