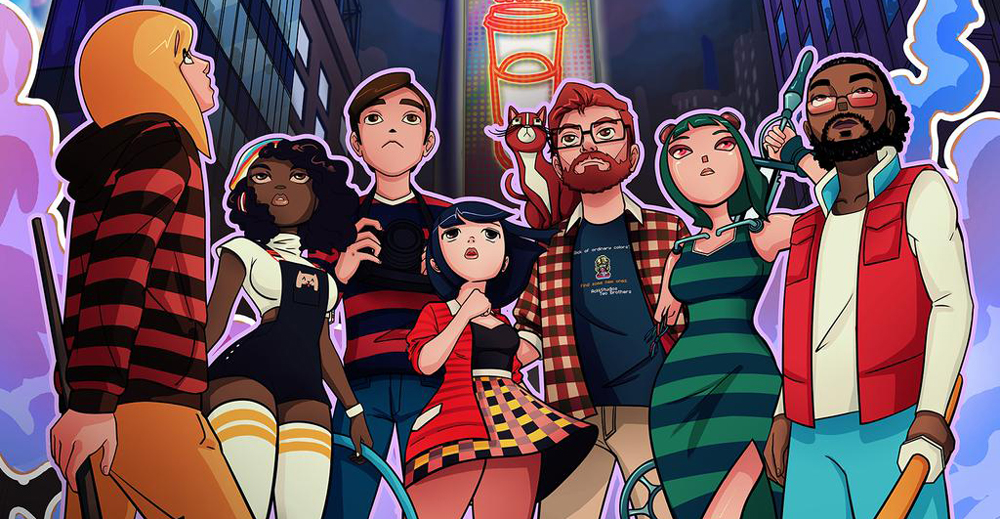 When Andrew and Brian Allanson were kids, they made their own Pokémon toys out of stuff they had lying around the house. They’ve always loved working together to build something out of nothing, regardless if anyone was watching or not.

Now that they’re older, they’ve taken that drive for creative collaborative and applied it to video game development. Making games has yet to lead them to fame or fortune, and it certainly hasn’t led them to dress better, but all the same, some have assumed that they are obsessed with being ‘hip’ (AKA hipsters) because the stars of their next game have a certain flair for fashion.

There is a sad irony to people who hate people based on how they’re dressed, believing that they can tell when someone is snobby or style-obsessed based on the shape of their glasses or if they’re wearing a plaid shirt or not. I don’t think Andrew had imagined that this kind of ‘I can tell you’re shallow because your pants are tighter than I think should be’ hypocrisy would ever be applied to the characters that he and his team co-created, but there you go.

We talked about all that, the parallels between YIIK and the Persona series, that intentionally stop-motion-style animation technique, the game’s horrific undertones, Rivers Cuomo, Aerith Gainsborough, why people hate intellectuals, and a lot more.