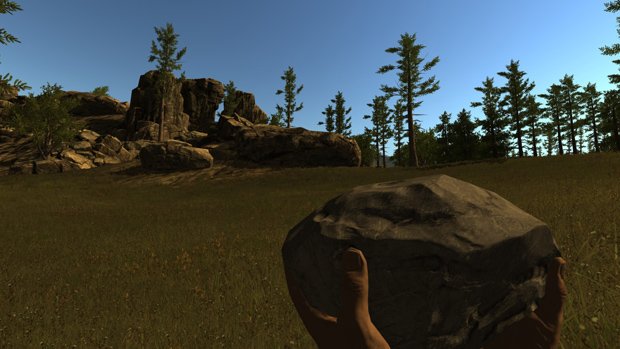 ‘Every decision we make is pushing emergent gameplay,’ says dev

Speaking with PC Gamer about the open-world survival title Rust, Gary Newman of Facepunch Studios said that for as cutthroat as the game can be given the freedom it grants players, “People should be nice to each other because they get a nice feeling from being nice. There shouldn’t be a system hanging around forcing people to be good. It removes a lot of gameplay fun.

“One of the things we did that made a huge difference here unexpectedly was add voice chat. A lot of the time players attack each other out of fear. They don’t want to be the person to die. Being able to talk to the other guy and feel them out that way makes a huge difference.”

It’s descriptions like this of people being people in a virtual world that has me interested to play Rust, if admittedly a little scared as well. “When any player can kill you easily — and they don’t, it’s like the biggest compliment ever,” explained Newman. “They become good friends. You go to bed, and lie there and think to yourself ‘that was a nice guy, I hope I run into him again.’ It’s a very weird feeling to be having in a game.”

Garry Newman interview: on Rust and player freedom “we give them the tools, they make the world” [PC Gamer]