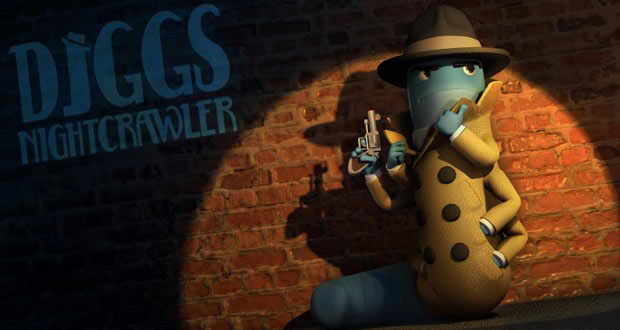 A more interesting use of the Wonderbook

After the mixed reception to the Wonderbook: Book of Spells late last year, I would have thought that Sony would have shelved any future Wonderbook titles for a while. But only a few months after that romp through J.K. Rowling’s desk drawer, London Studios is taking another shot at it with Diggs Nightcrawler.

You play the role of Library City sleuth Diggs Nightcrawler, who’s on the scene of the horrific murder of Humpty Dumpty. As the trailer shows, London Studios is trying some interesting new puzzles that take advantage of the Wonderbook’s features. I’m always down for more noir in my daily entertainment intake. Diggs Nightcrawler, and his bumbling pig associated, will be launching this May on the PlayStation 3.

Wonderbook: Diggs Nightcrawler out in May – Check out the new trailer [PlayStation EU Blog]