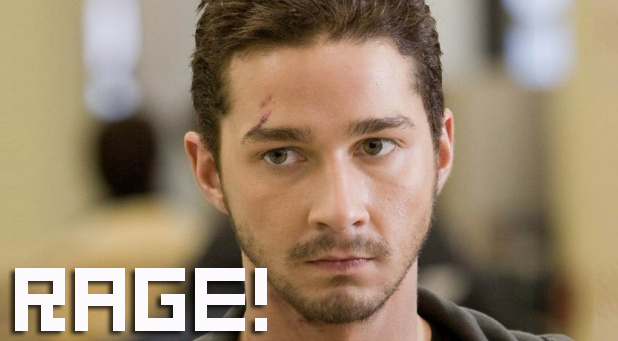 Looks like actor Shia La Beouf has no idea what the phrase “wrath of a Nintendo fanboy” means. Kotaku reports that in a recent interview with Big Download, La Beouf (a self proclaimed gamer) had some snarky things to say about Nintendo’s little bundle of joy:

(BD) Have you checked out the Wii Transformers game?

(SL) I haven’t been able to play the Wii game because my hand is broken. I’ve just been playing Xbox 360 and PlayStation 3. I would imagine that the Wii experience will be like…I don’t mess with the Wii, to be honest with you. It’s kind of an amateur console. I’m not into the Wii thing.

(BD)What’s wrong with the Wii?

(SL)This is how in a simple way you can find out if it’s a gamer you want to play with. Ask them if they have a Wii. If they say yes, get the f*** out of there.

Judgemental much, Le Beouf? He also mentions he passes up playing the Wii version of Lego Star Wars with Megan Fox because he’d rather “eat glass.” By the way, passing up doing anything with Megan Fox kind of makes YOU the loser, buddy.