Leading up to Crash Team Racing Nitro-Fueled’s release, I shared in a Quickpost that its new skins reminded me of a typical, microtransaction-based cosmetic system. I wanted to see these cosmetics as an addition to the original game’s content. But given Activision’s recent history of adding distasteful microtransactions into remakes of old games, I assumed the worst. Regardless of whether they’d be loot boxes or cosmetic-only or anything else, I’ve become exhausted of them, and I know I will always enjoy retail games more without them.

To my pleasant surprise, Nitro-Fueled launched without any such purchases. At the time, I had thought that Activision heeded the public outcry against microtransactions in paid games, backpedaled on whatever purchases it was planning to add, and neglected to remove the design surrounding them. I almost bought Nitro-Fueled to get in on its online events while they were still new, only deciding against it as I try to wait for more price drops on big game releases. It took only a month after release for Activision to announce that microtransactions are coming in a future patch. If I weren’t so disheartened, my past self would maybe have gloated at my present self for being wrong on that front.

In retrospect, I should have expected this given the company’s similar treatment of recent Call of Duty launches. But my emotional rollercoaster of skepticism, relief, and disgust put into perspective why this emerging trend in marketing leaves such a horrible taste in my mouth. Nitro-Fueled’s in-game purchases themselves aren’t the most distasteful in the industry – you’re just buying Wumpa Coins you can (slowly) earn in-game – but sneaking them in after launch is the most blatantly anti-consumer thing I’ve seen.

At a glance, it’d be weird for any game that sells microtransactions to omit them on launch. According to many players, Nitro-Fueled’s cosmetic currency drop rate and rotating shop inventory resembled a freemium game’s economy too much for it to not have been built with microtransactions in mind. The whole reason micros exist is to make extra money, and they don’t cost a lot of time and money to develop like traditional DLC. In theory, one would make the most out of micro sales by including them from day one.

But that theory assumes micros unanimously coerce consumers into spending more, never less. Most gaming communities, especially ours, are full of people who will proudly boycott any game that features them. These boycotts don’t outweigh the overwhelming profit, but there is a tangible cost to consumers knowing that a game will have microtransactions. Whether you hate micros or are indifferent to them, I’ve never met anyone who gets more excited to buy a game after learning they can spend more on micros. If you have…maybe get them a financial advisor. Or a therapist. Or both.

It’s little wonder that Activision wouldn’t want potential customers to know Nitro-Fueled would have them, but that just raises more red flags. While I don’t expect marketing to highlight all of a product’s problems (if any), consumers should know about any additional purchases tacked onto whatever product they’re buying. Yet Activision kept mum on Nitro-Fueled‘s micros until well after it had stormed the sales charts, even though it hyped up every other addition ranging from the online Grand Prix to new animations. Interviews with Activision developers who said that it wouldn’t have microtransactions have made this abrupt announcement even more scandalous.

Personally, I’m inclined to give these unnamed developers the benefit of the doubt and assume they believed what they said at the time. Regardless, that quote is just as damning for the publisher’s handling of this either way. Activision allowed the misconception that Nitro-Fueled wouldn’t have microtransactions to spread, and it never bothered to correct that belief. 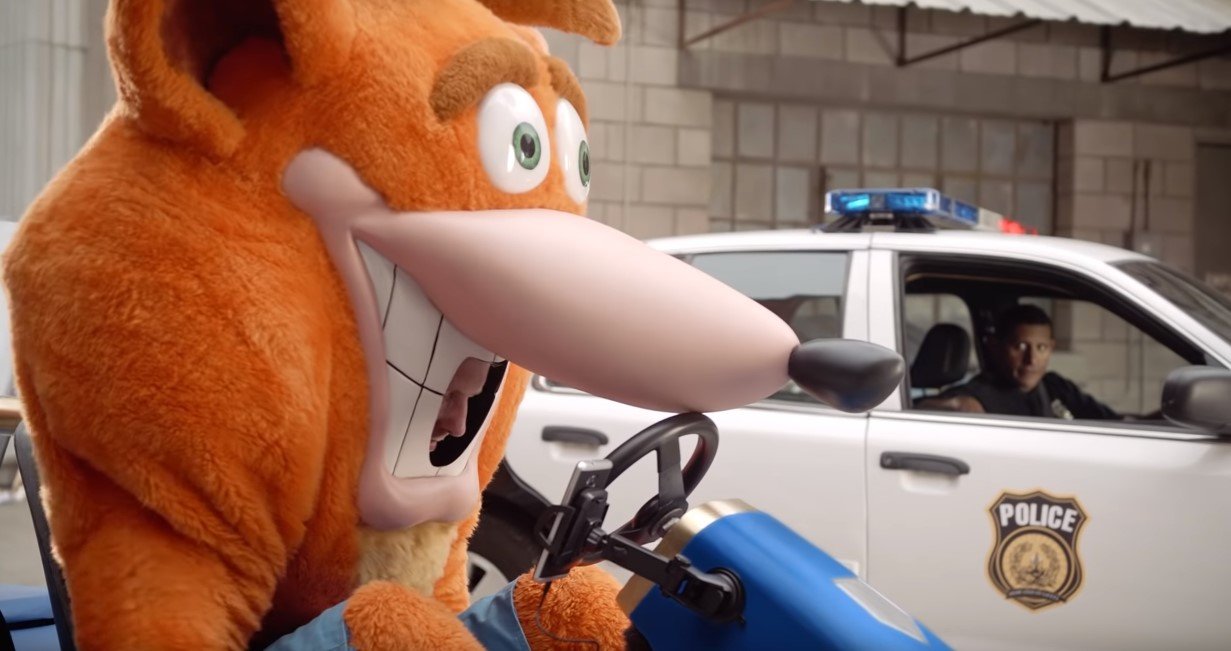 Unfortunately, Activision isn’t the only company to sneak in micros, but it is probably the biggest and most prominent repeat offender to do so concerning monetization. Another recent example is Bethesda’s Wolfenstein: Youngblood, which stealth-launched with micros in tow. Most of my criticisms here apply to that as well, but Youngblood‘s micros were on display from day one. Customers could immediately notice and share that news if they knew to look for it. After Nitro-Fueled‘s launch, we could only guess and assume that micros would come later, at least those of us who were skeptical enough.

Again, I should have anticipated something like this, but that’s a part of the problem. Consumers like myself assume that if we aren’t told anything about it, a retail game’s default monetization model is a single-purchase that might have add-on content packs. We don’t expect that model to change only one month after a product’s release. The only reason I should have to think otherwise is in my distrust of the publisher’s track record, and if I have to distrust the company I’m considering giving my money to then maybe I’m considering a bad decision. For instance, Activision slipped loot boxes into Black Ops 4 as part of a larger update. That ploy also won the company universal backlash and yet here we are again.

Activision not only demonstrated its awareness of consumers’ opinions on microtransactions but that it is willing to use their distaste of micros to mislead them into buying a game with micros. That should be the textbook definition of anti-consumer business practice. And you know what? I’m gonna say the s-word, and I will not apologize for it. This is the prime form of industry bullshit.