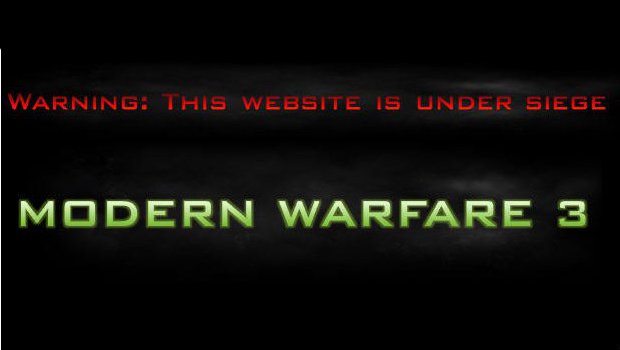 Back in July, the domain Modernwarfare3.com surfaced and, funnily enough, it led users to the Battlefield 3 official site. It was discovered that a fan (not EA) had purchased the domain and thought it funny to bait Call of Duty fans for some laughs. Then there was the legal drama: Activision accused the domain’s owner of having no rights to the domain as well as using it in bad faith, both valid complaints.

Nearly two months later, a verdict has been reached naming Activision the owner of a shiny new domain name. There’s nothing there yet but hey, a battle was won. “Silly” seems too nice a word for this whole fiasco. There is, however, the matter of modernwarfare4.com which is just hilarious. Regardless, the full decision can be found here.