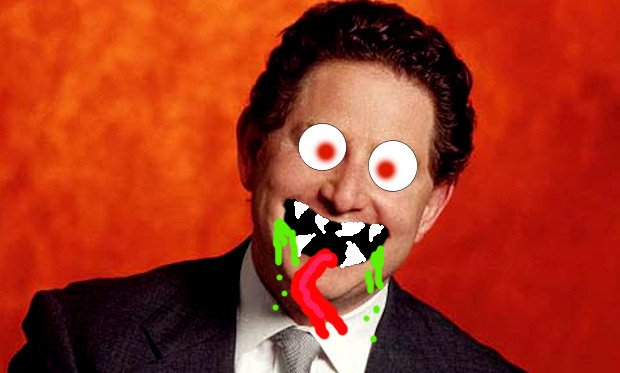 Evil publisher Activision is evil, and Activision CEO Bobby Kotick is its dark and villainous ruler. We all know this, but if you needed any further evidence that Kotick is indeed the flame-haired spawn of Satan’s cruel uncle, then look no further than a new quote that came spilling from the Deutsche Bank Securities Technology Conference in San Francisco, where he said his major plan was to take the fun out of making games.

“We have a real culture of thrift. The goal that I had in bringing a lot of the packaged goods folks into Activision about 10 years ago was to take all the fun out of making videogames,” confirmed the blackhearted man-harpy. He seriously said that.

In addition to wanting to turn the industry into a fun-vacuum, Kotick also revealed plans for Activision to “bypass” consoles and bring gaming direct to television. He told attendees to “expect many of our products to be playable independent of a console,” praising the “leverage” a publisher could get with regards to first party relations and potential DLC.

I actively dread the day a company like Activision gets more leverage and power in this industry. We are going to get buggered until we’re bleeding. Which is the only way Kotick can achieve orgasm, I heard.